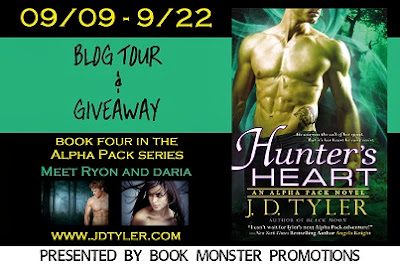 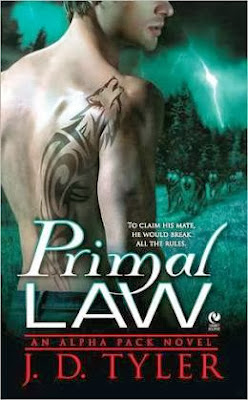 Founded by a group of former Navy SEALS, the Alpha Pack is a top-secret team of wolf shifters with Psy powers tasked with eliminating the most dangerous predators in the world. But the gift of their abilities comes at a price…


After a massacre decimates half his team and leaves him crippled, Jaxon Law must relearn how to fight—and battle the anger and guilt threatening to overwhelm him. But when he rescues a beautiful woman who reawakens his primal instincts, Jax is unprepared for the dangers that lie ahead.


On the run from her employer, brilliant lab assistant Kira Locke has evidence that leads the Alpha Pack on a hunt for someone targeting human civilians with Psy abilities. And as Jax and Kira circle both the killer and each other, Jax will have to decide if the deep connection he feels with Kira is worth breaking the ultimate shifter rule—because bonding with Kira means putting his abilities at risk, and they might be the only tools he has to keep his mate alive… 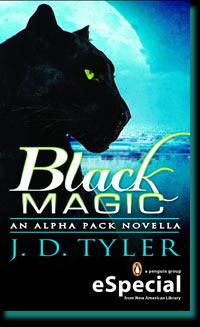 An original Alpha Pack novella featuring the sexy sorcerer and panther shifter Kalen Black…Recruited by the Alpha Pack, Kalen Black is still very much a lone wolf. But when a paranormal creature threatens the life of Dr. Mackenzie Grant, Kalen must use all of his abilities to rescue her. This brush with death excites a passion between them, and after a night of intense pleasure, Kalen leaves Mac with a mysterious gift that just might save her life again.… 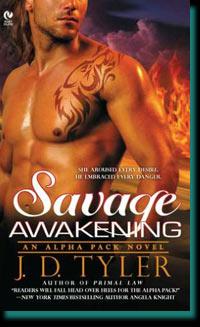 A group of former Navy SEALS, the Alpha Pack is a top-secret team of wolf shifters with Psy powers combating the greatest dangers in the world. But sometime those dangers are more intimate than they bargained for... After a mission goes wrong, Aric Savage is taken prisoner. Half-dead and despairing, he makes a stunning discovery: his Pack mate Micah Chase, who was reported dead, is a fellow captive. When the Alpha team goes into full-rescue mode, accompanying them is an absolute stunner with sable hair--and a spine of solid steel. LAPD officer and Psy Dreamwalker Rowan Chase has one priority: her brother Micah's recovery. Still, she can't help but be drawn to Aric, the ruggedly handsome wolf shifter who pleasures her as no man ever has--however fleeting their affair is destined to be. But when Aric's life is endangered, Rowan must ask herself what she's willing to sacrifice in the name of love, for the man fated to be her Bondmate. 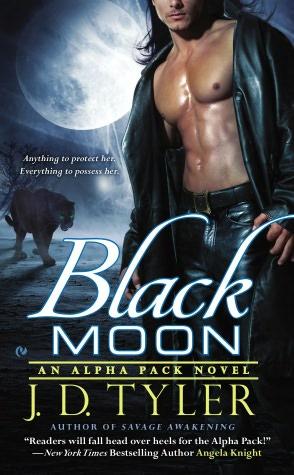 Ever since he saved Dr. Mackenzie Grant's life, panther shifter and sorcerer Kalen Black has had trouble keeping the beautiful doctor out of his thoughts, and his heart. The brush with death awakened an intense passion between them--one that for the first time had the notorious loner letting down his guard. With the Alpha Pack battling an evil Fae who is slowly gaining control over Kalen's mind, Kalen can no longer trust his own actions, and he breaks off his affair with Mackenzie in order to keep her safe. But when Mackenzie learns that she is carrying Kalen's child, no amount of danger will keep her away from the man she loves. To be with his mate and unborn child, Kalen will have to unleash the full fury of his power, and risk destroying them all... 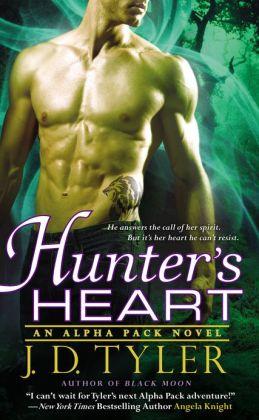 A group of former Navy SEALS, the Alpha Pack is a top secret team of wolf shifters with Psy powers combating the greatest dangers in the world. And when the battle gets personal, their wild side is unleashed….Ryon Hunter sees dead people—spirits that beg him for help in ways he can’t understand. He’d do anything to end the torment, until a beautiful spirit appears to him with a plea he can’t ignore: Help me…I’m alive. The woman is wildlife biologist Daria Bradford, mortally wounded after encountering a white wolf, calling to Ryon through a rare Psy gift.When Ryon locates Daria in the Shoshone National Park, it is almost too late, but nursing her back to health at the Alpha Pack compound brings a new complication—Daria is his destined mate, and Ryon is afraid of what will happen when she discovers what he is, and what he had to do to save her life. But the biggest threat of all is still loose in the forest, leaving a merciless trail of death behind it. The Alpha Pack goes on the hunt for the mysterious white wolf, determined to stop the murderous rogue… only to find that the most lethal creature of all is the one they can’t see coming… 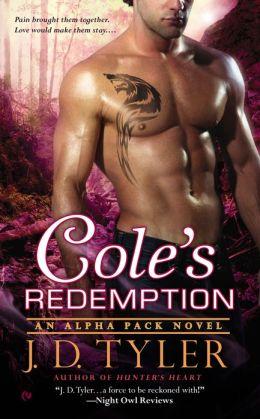 Once, they were Navy SEALS. Now they are the Alpha Pack: a top secret team of wolf shifters with Psy powers who take on the darkest dangers on Earth. But sometimes the greatest danger lies within their own hearts....Healer and black wolf shifter Zander Cole has survived horrors that would have broken a weaker man. But when a battle leaves him deaf and his powers dimmed, Zan is devastated. Believing himself to be a burden to his team, he sees only one option: leave the Pack forever.White wolf shifter Selene Westfall knows pain—she is certain her father was responsible for her mother’s death. And she lives to exact revenge. So when she is challenged by a savage black wolf, she puts up a vicious fight—only to become the black wolf’s Bondmate as a result of his bite.Two damaged souls—one filled with hatred and one who’s lost his reason for living—are forced together as they come to terms with their unlikely, turbulent bond. A love neither expected may be all that stands between them and a killer trying desperately to keep the past dead and buried.... 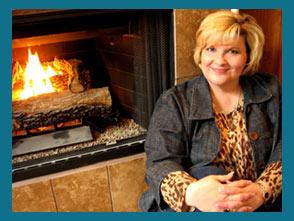 J.D. Tyler is an award-winning, multi-published author who writes for New American Library under three pseudonyms. Whether this is due to an overdose of ambition or a multiple personality affliction, she’ll never tell.


J.D. writes dark, sexy paranormal romance and has a huge thing for shifters, vampires, the Fae, and just about everything else that goes bump and grind in the night. She can’t get enough of those dangerous supernatural heroes, and the fun of creating her own was just too much temptation to resist… so she didn’t. J.D. doesn’t do self-denial.


When she isn’t writing, J.D.’s idea of a good time certainly isn’t cleaning house (sniff), bungee jumping (not in this lifetime, or the next), or camping (her idea of “roughing it” is a slow bellboy). She enjoys reading, being pampered like the diva she is, and spending time with her awesome family. She lives in Texas with her two teenagers.

9/12- Where the Night Kind Roam
http://paranormalromancenovel.com/

9/14- For the Love of Reading
http://niinas-reading-and-reviewing.blogspot.com/

9/17- A Cauldron of Books
http://www.acauldronofbooks.info/

9/18- Queen of the Night Reviews
http://queenofthenightreviews.blogspot.com/

9/19- Reading Between the Wines
http://www.readingbetweenthewinesbookclub.com/

9/20- Romancing Rakes for the Love of Romance
http://romancingrakes4theluvofromance.blogspot.com/