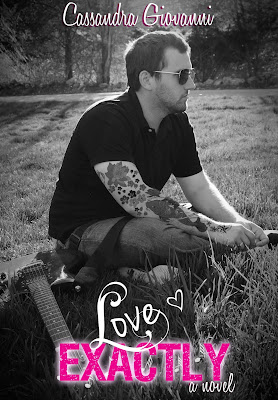 Excerpt
I traced the outline of the beads on his neck showing through his v-neck t-shirt. "What does this symbolize?"
"Prayer beads."
I let my fingers follow the line of his vein down his shoulder, over the flowers that dotted his upper arm and down to his forearm. I turned it so I could trace the lion on the inside. "And this?"
"Lions are bad ass."
"Seriously?"
He shrugged. "Unfortunately, not every tattoo I have has a meaning."
"The roses?"
"My mom's favorite flower. I know it's not original," he commented as he took my hand and put it over his heart where the roses were. "But after everything my parents went through with me I wanted something to symbolize them."
"Everything they want through?" I asked as I let my fingers fan out across the shape of his chest muscles before bringing them back up and playing with the tips of his hair that were beginning to curl.
"I left home when I was sixteen to record our first CD, went on tour at seventeen, and started tattooing the crap out of myself at eighteen. I know I'm successful, but I can't say I think this was what my parents wanted."
Evan had moved his head so he was staring out at the ocean. I watched as the waves reflected in his eyes and his chest heaved with a deep outlet of breath.
"I'm sure they're proud of you," I tried to reassure him, but I could tell from the way his jaw tightened that this was something he had been dealing with for a long time.
His eyes met mine and he reached up to touch my face. "I know...but it doesn't change the fact I was their only child, and I abandoned them for a life they never approved of."
"I'm not an excellent poster child for things parents approve of either. There's so much guilt I deal with day to day. I know that I hurt them," I explained, my voice diminishing to a cracking whisper that was only just audible against the sound of the waves. I closed my eyes, unable to bear the look on his face as I admitted, "What's worse is the anger I feel at myself for it."
I felt Evan get up and kneel in front of me, pulling my face to his own. I concentrated on the touch of his rough finger tips, the smell of his heady Axe cologne and then the feel of his forehead as it pressed against mine while I tried to calm my breathing.
"Tell me something..." his voice drifted with the waves; "tell me why it feels like you're a part of my soul?"
I opened my eyes to look into his, watching as the yellow around his iris darkened to a burnt orange and the brown faded to a muted green.
"Because you're a part of mine." 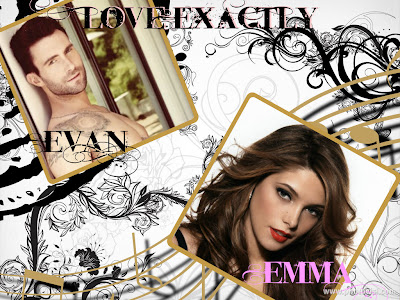 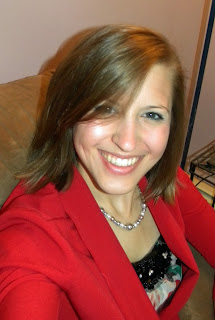 Cassandra doesn't remember a time when she wasn't writing. In fact, the first time she was published was when she was seven years old and won a contest to be published in an American Girl Doll novel. Since then Cassandra has written more novels than she can count and put just as many in the circular bin. Her personal goal with her writing is to show the reader the character's stories through their dialogue and actions instead of just telling the reader what is happening. In 2012 she became a published Young Adult author, releasing In Between Seasons (The Fall, #1) and Walking in the Shadows. In 2013 she branched out by using her artistic illustrating talents to publish her first Children's novel, The Adventures of Skippy Von Flippy: Tales of Friendship (Skippy Tales, #1). Cassandra will also release her first New Adult novel, Love Exactly, in the Spring of 2013.

Cassandra is a freelance professional photographer known for her automotive, nature and architectural shots. She is the owner of Gio Design Studios, a photography and publication marketing company that designs covers and marketing materials for authors utilizing the company's photography. She is currently studying to receive a degree in Marketing. Cassandra is happily married to the man of her dreams and they live in the rolling hills of New England with the other loves of her life their dogs, Bubski and Kanga.
Links
www.cgiovanni.com|Blog |FaceBook 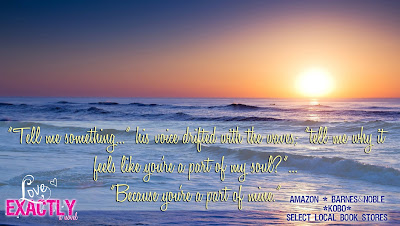