The Prodigal
By Michael Hurley 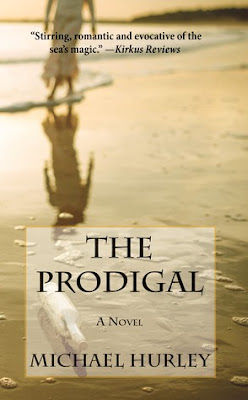 Pride, betrayal, forgiveness . . . and the eternal sea. The Prodigal tells the mystical tale of four people on Ocracoke Island whose destiny is tied to an abandoned schooner, thought to have been lost at sea more than a century ago, that one day drifts ashore. Marcus O’Reilly, a renegade Catholic priest, must confront his inner demons. Ibrahim Joseph, a Bahamian fugitive, must face his past. Aidan Sharpe, a fallen lawyer, struggles with self-doubt and his growing affection for Molly McGregor, a fearless towboat captain who cannot find the courage to love. They will all be drawn into a 2,000-year-old mystery that unfolds with the reappearance of the ship.

About the Author
Michael Hurley lives in Raleigh, North Carolina with his wife Susan. Together they have four children ranging in age from 19 to 23. Born in Baltimore in 1958, Michael studied English at the University of Maryland and law at St. Louis University. He is licensed to practice law in Texas and North Carolina. A lifelong sailor, he obtained his captain’s license from the U.S. Coast Guard in 1992 and took six months off from the practice of law to work as a sailboat charter captain in New Bern, North Carolina. Between 1995 and 2003, while practicing law full-time, he also wrote and published Paddle & Portage, a quarterly literary journal on wilderness canoeing enjoyed by more than 10,000 subscribers in 48 states. When he is not sailing or writing or canoeing, Michael continues a hopeless quest to prove that his piano teachers at Baltimore’s Peabody Institute were wrong about him all along.
Website: http://www.mchurley.com
The Prodigal Book Trailer 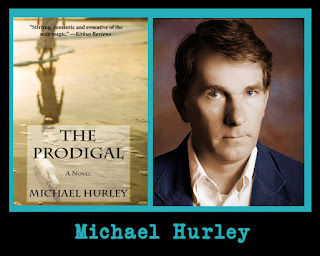