Educating Autumn
By Jane B. Night

Earth was struggling with the effects of World War III when a sudden devastation occurred leaving only 1000 humans on the face of the earth. The people broke off into three groups and formed countries. One of those countries was Josiathan. It is believed on Josiathan that the devastation was caused by the hand of God as a result of women's sinful ways. Laws and traditions emerged keeping women at the mercy of men.
Into this society Autumn Clare is born. Autumn's questioning keeps her from being content with the destiny of wife and mother society has determined for her. She has taught herself to read despite the social taboos. The last thing she needs is for her father to find her a husband.
Orion Louis is wealthy and educated yet unable to find a wife that suits him. One day while, visiting his uncle, Orion hears Autumn quoting a book. At that moment he knows that he must have her as wife. It isn't hard to get Autumn's father to sell her to him. Making her fall in love with him is another matter entirely. 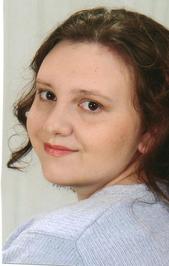 Jane was born in Ohio but has also lived in Alaska and Georgia.
She currently resides in Ohio with her boyfriend and twin daughters.
When not writing Jane loves to read, scrapbook, and play video games.
She graduated from Hocking College in the Health Information Management program and works at a local hospital in the medical records department.