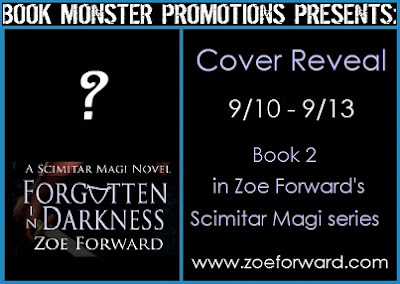 After an unjustified two-century stint in purgatory, Scimitar Magus Dakar returns to the human realm, renewing his eons-old curse. Once again he must murder the woman he loves. To break the vicious cycle, he must kill her before she strikes her deathblow, something he's never done in the past.


Archaeology grad student, Shay McGinnis, suffers a near-death attack in pursuit of a piece of Scimitar Magi lore.  But did the magnificent warrior who pinned her to the wall injure her or the daemon he fought?  In her search for answers, she draws the attention of both an ancient evil sorcerer and the warrior Dakar. The attraction between her and Dakar is instant, and for Shay confusing. She wants to be with him, but intuition equates him with death. Not random death. Hers.


Will this be the lifetime they break the curse before they are murdered by an age old enemy or worse kill each other yet again?

Shay's brain ordered her body to make a break for it, or at least let loose a scream to draw attention, but she stood there, dazed and staring. It was the throw-your-panties-off-gorgeous bad boy from her hotel room.


My God, this guy was a brick shithouse oozing don't-screw-with-me vibes. And didn't that just make her knees weak. She was so not a swooning type of girl.


Despite the warmth of the day, he wore a knee-length black leather jacket. No doubt, he was armed out the wazoo beneath it.


He subjected her to a scrutinizing once-over. A swirling black substance in his irises mesmerized her. She hadn't noticed that last night.


What was this guy? Definitely not completely human. A month ago, she would've rationalized the sludgy black substance obscuring the real color of his irises into normalcy and remained in complete denial of anything amiss.


She wondered if this guy might just be the real deal--one of those mythical, sorcerer-like immortals obligated to fight daemons for all eternity. A Scimitar Magus. Shouldn't he be a good guy? A hero figure? Why then did her intuition demand immediate evasion? For some reason, her gut equated this guy with death, but not random death. Hers. 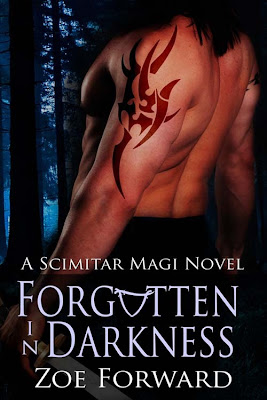 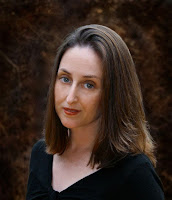 Zoe Forward lives in the South with her supportive family and an assortment of pets. She has a special love for archaeology, especially anything Egyptian. A deep part of her wishes she had a career that would have her at a dig site in a sandy country. But she is a small animal veterinarian, caring for everything from chinchillas to dogs...and there was even one hermit crab in there.

FACEBOOK-WEBSITE-GOODREADS-BLOG
Posted by Renee Booth at 12:00 AM