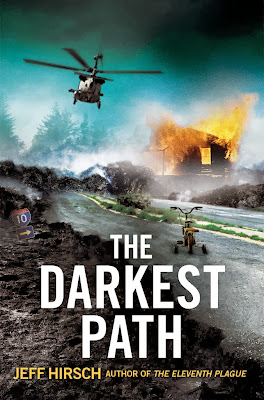 USA TODAY bestselling author Jeff Hirsch once again creates a futuristic world with stunning, dramatic realism.A civil war rages between the Glorious Path--a militant religion based on the teachings of a former US soldier--and what's left of the US government. Fifteen-year-old Callum Roe and his younger brother, James, were captured and forced to convert six years ago. Cal has been working in the Path's dog kennels, and is very close to becoming one of the Path's deadliest secret agents. Then Cal befriends a stray dog named Bear and kills a commander who wants to train him to be a vicious attack dog. This sends Cal and Bear on the run, and sets in motion a series of incredible events that will test Cal's loyalties and end in a fierce battle that the fate of the entire country rests on.
About the author 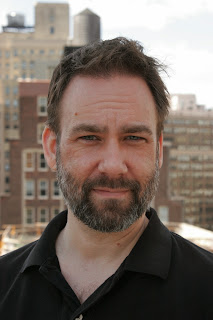 I live in upstate New York with my wife and a small passel of animals. I used to write plays (I actually have an MFA in it, which is number 8 on US News and World Report's list of the top twenty most useless masters degrees) and now I write books for teens. I've written three, The Eleventh Plague, Magisterium and The Darkest Path.
A few random facts about me:

Top 10 Favourite Things with Jeff Hirsch
What Are A Few Of Your Favorite Things:
1. What Is Your Favorite Song? – Nearly impossible to say. Off the top of my head? Under the Milky Way by The Church. That, or The Ballad of Dorothy Parker by Prince.2. Favorite Weapon? You know in those old movies about knights and castles and stuff? How the bad guy’s army would attack the castle and the guys up on the parapets would overturn this huge cauldron of boiling oil on them? Yeah, that.3. What Is Your Favorite Type Of Food? – Southern comfort food. Or Indian. Maybe sushi. Oh! Pie. Yeah, definitely pie. Boy, I’d really like some pie right now.4. Favorite Tattoo Design? – Anything misspelled.5. Favorite Writing Utensil? – If I’ve said it once I’ve said it a thousand times, it’s not really writing unless you’re using a reed stylus and a roll of papyrus. (Ok, fine, a MacBook)6. Place To Write? On a couch with a dog.7. Favorite Quote? “Writer’s block is a fancy term made up by whiners as an excuse to drink more alcohol.” -- Steve Martin8. Your Favorite Phrase? “Eh, what’re ya gonna do?” mumbled with a kind of world weary resignation.9. The part of a story you like writing best? The beginning. 10. Favorite Book? Again, nearly impossible to say with any accuracy. I like too many for too many different reasons. My go to answer though is Lonesome Dove by Larry McMurtry.