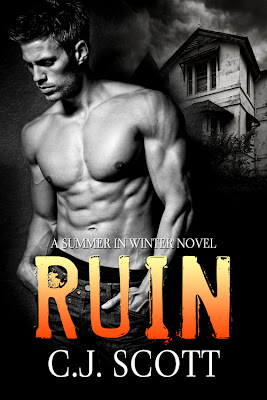 Kate Bell isn’t perfect. Not even close. The things she got up to in college would cause her parents to fall off their pedestals in shock. Home for the summer vacation, Kate settles in for a long, boring break in the tiny backwater of Winter with folks who still treat her like she’s twelve.

Then Ben Parker arrives and suddenly Winter gets interesting. He’s hot, mysterious and good with his hands. Kate falls for him instantly, but her cop father warns her to stay away. But how can she stay away from someone as compelling as Ben? Someone who thinks she’s perfect just the way she is?

When Ben’s secrets catch up to him, not only is Kate’s heart in danger of being broken, but Ben’s entire future could be ruined. 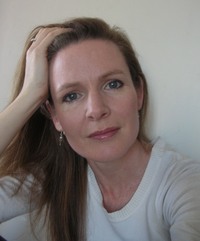 C.J. loves reading stories that take her away to another world. If she’s in the middle of an amazing book, she’ll keep reading while cooking or cleaning (when she can be bothered doing either).

She likes interesting artwork but can’t paint, sketch or make anything more complicated than a snowman from plasticine. She enjoys beautiful gardens but hates gardening. She also hates housework, cooking (see above) and writing about herself.

C.J. loves connecting with readers. The best place to interact with her and other fans is via her Facebook page. That’s where she posts teasers and other stuff from her books.


"So Ben Parker, if I want you and you want me...what's the problem?"
"You don't like to beat around the bush, do you?"
"We don't have time for that. We only have one night."
"Yeah," he said softly. "Don't I know it."
I turned so that I was fully facing him, one elbow on the railing. "Is that why you're reluctant? Because you're leaving tomorrow?"
"No. Yes. Partly." He shook his head. "It's complicated. I'm complicated."
"You're a guy. You can't be too complicated." I smiled and he smiled back sadly. "I'm listening if you want to explain all your complications to me."
He shook his head. "I can't."
"Look," I said. "I get that stuff has happened in your past that you want to forget."
He straightened. "What makes you think that?"
"You're traveling around the country with only one bag and no money. Not only that, but you got off the bus in a place with no jobs. If I wasn't mistaken, I'd say you're trying to lose yourself."
He leaned on the railing again, his hands dangling over into nothing. He looked out to the garden, but it had grown darker in the last few minutes, and it was difficult to make out more than just shapes. "You'll make a great criminologist, Kate. I have no doubt you'll go far in whatever you decide to do."
"Thanks. That's very sweet of you. But it has nothing to do with the question at hand."
"The question?"
I leaned over until my lips were near his ear. My breath fanned his hair. "Will you kiss me, Ben?" It was the wine talking. It had to be. I'd never been so brazen with any man before. I never made the first move, never took a chance on being rejected.
But I knew Ben wanted me. I just didn't know why he pushed me away.


***To read the extended version of this scene and discover what Ben has tattooed on his shoulder, check out C.J.'s website http://www.cjscottbooks.com

Giveaway
To be in the draw to win an ecopy of RUIN leave a comment with your email addy. We'll pick a winner on the 8th September. Good Luck!