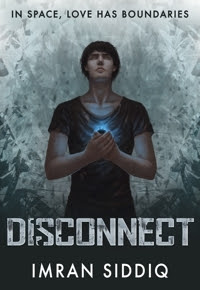 Zachary, a 16-year old Underworlder digs in waste to find anything worth bartering. That is the rule of scavenging.
When he discovers footage of an Overworld girl, Rosa, he’s intrigued by her sorrow and breaks the rule.

That decision changes his life, and he will suffer for it.

Zachary must overcome worthlessness, prejudice, and not let a twisted lie devour the new reason that he survives; Rosa.

In space, love had boundaries. 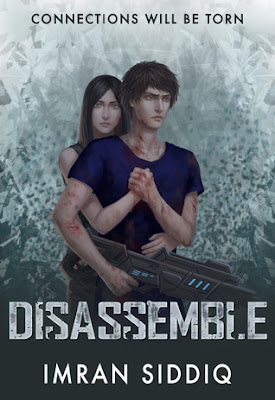 Zachary is a scavenger, and he’ll do anything to survive. With Rosa by his side, nothing will break him.
After the Galilei Research Base is plunged into darkness, an unexpected threat emerges.
Where Zachary was the hero before, he will become the enemy.
It’s not just about surviving anymore. It’s about saving everyone before they destroy one another, especially Rosa.
. 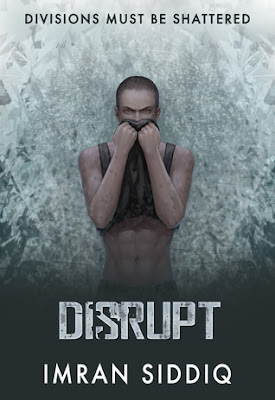 Everything that Zachary lived for has changed. There are no rewards to come from scavenging. Just memories. But even they are not enough to remove thoughts of a worthless life.
In the midst of death, a purpose to live appears.
It wills Zachary to break the divide that has destroyed many.
This fight will be on his terms. 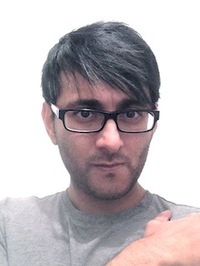 Imran Siddiq is a Law Graduate employed as a Senior Manager in the NHS. After an operation to remove a brain tumour, he decided to make his dreams real. Now, he sacrifices time to write and serve his two cats.

He’s a veteran of writing festivals, a constant on Twitter, and gobbles up all forms of Star Wars and Lord of the Rings. Living in Leicester, he is passionate about creating images in digital art.

Young Adult Science Fiction is his preferred genre, and he will throw a droid into every novel – literally throw.


Excerpt
Excerpt from Disassemble: Book 2 Divided Worlds.
Chapter 8
White tiles covering the room from top to bottom squeaked as Zachary rubbed them. He glimpsed at Rosa entering the alcove on the right side.
“There are towels and clothes inside the cabinets,” she added.
Zachary stepped into his alcove. His eyes zipped from the rectangular box overhead to the two dials on the centre of the far wall, to the smooth handle of the cabinet.
“How can these work without power?” Zachary’s shoulder knocked the tray in the corner holding bars of soap. He poked his head out at the sound of something being tossed out of the other alcove.
Rosa’s top lay on the floor, followed by her trousers. “Maybe this block has a reserve stored some place? The water’s working, so use it.” She giggled. “And no peeking.”
“I wasn’t going to.” Zachary almost stepped out of the alcove.
“Sure you weren’t.” A rush of water spraying downward made her gasp. “Oh… You’re going to love this. So hot.”
Taking his t-shirt off, Zachary traced the scars on his shoulder. His hands slowed on pulling his trousers down. She was next door. Naked. Without a lock to keep him away. Zachary threw his clothes outside, feeling new warmth inside. It had nothing to do with the pain of surviving death, or knowing that Sokolov had labelled him as a traitor. Heat flourished up his legs, all the way to his throat.
Snap out of it.
Icy shards sprayed onto his head after he pushed the central button. His back smacked against the alcove, away from the water. Zachary twisted the dial to the red icon. Steam spread, bringing him closer. This felt good. Taking the soap, he bashed it over himself, and all the time the warmth inside increased.
“Scrub behind your ears,” cried Rosa.
“Scrubbing,” replied Zachary. Upon gazing out of the fast stream, he saw through the door to an explosion in the air. Should they be enjoying this while others fought? He persisted in washing every stain away. Why should he let the insecurity of Assayer ruin the moment?
Zachary spun as Rosa’s soap slid across the floor. He froze, water in his eyes, wondering if she’d noticed it leave her alcove. Temptation tingled in his fingertips; should he throw it back, or was she already on her way? Why the delay? Zachary’s mouth filled with water as her leg shot out. Although there were several stitches on her long leg, it maintained the slenderness he knew she possessed.
Rosa’s toes fiddled over the soap. “Sorry.”
Zachary murmured, “It’s okay.”
Her leg eased back with the soap. “Like you didn’t enjoy that.”
Had she done that on purpose? It was less direct than the prowling women of the bartering camp who’d waste no time in flinging themselves upon anybody that they felt had enough spare coins in their pocket.