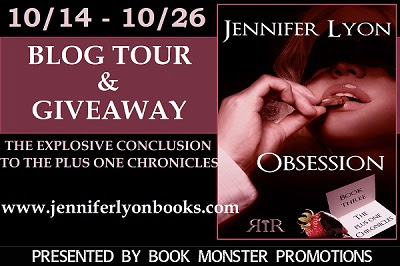 THE PROPOSITION
(The Plus One Chronicles, #1)
Available now!
Kindle | Nook | Kobo | Smashwords | iTunes 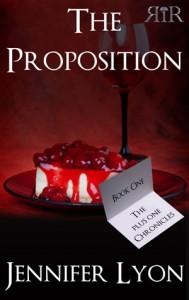 Rich, sexy and volatile, Sloane Michaels has a dark agenda that keeps his heart on ice. His extreme wealth gives him the control he craves and his skills as an ex UFC fighter the tools he’ll need to extract his ultimate revenge. But when the woman he never believed he’d see again crosses his path, Sloane is caught between the vengeance he needs and a sexual conquest he craves.

Kat Thayne has been in survival mode for six years, hiding behind the sweet creations for her bakery. But when a random carjacking brings her face-to-face with her darkest fears and hottest fantasy, Kat is forced out of hiding and offered a dangerously passionate proposition. One she knows she isn’t strong enough to refuse.


POSSESSION
(The Plus One Chronicles, #2) 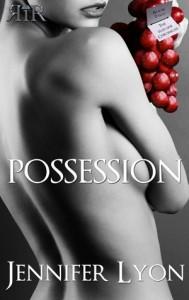 **Please note: Possession is book two of a three book series. Readers should start with The Proposition.**

Savagely sexy billionaire Sloane Michaels ruthlessly controls his life and everything in it. Even his sex partners are carefully negotiated plus-one arrangements, including his latest, the fiery bakery owner, Kat Thayne. But Sloane’s control is challenged when his mentor becomes seriously ill, and his need for Kat, his need to possess her at all costs, rivals only his single-minded goal of vengeance for the murder of his sister.After surviving an attack six years ago, Kat Thayne escaped her fears in the protective world of her beloved bakery. Then Sloane Michaels storms into her life, making her feel beautiful, strong and sexy. Yet as Kat pushes her boundaries and uncovers a dangerous secret in her past, Sloane’s controlling side emerges. Worried that Sloane will possess her mind, body and soul, Kat fights to keep her hard won independence. But just as Sloane demands her complete surrender, she discovers he has a dark side that could destroy them both.**Possession is an adult contemporary novel and is not intended for younger readers due to mature content.** 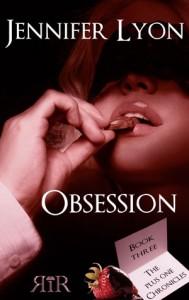 In the explosive conclusion to The Plus One Chronicles Trilogy, obscenely rich, jaggedly handsome and still obsessed with love and vengeance, Sloane Michaels must face an impossible choice: lose the woman he loves or betray his twin sister’s memory.
Watching the man she adores destroy himself for revenge, Kat Thayne knows she should run and never look back. But running isn't her way anymore. Kat has grown into a fierce fighter, and the man who helped her get there is the very man who needs her strength now. But as the sizzling passion and hard-won love bind Kat and Sloane even tighter together, old secrets and lies explode around them. Danger threatens. And Kat soon realizes that she’s risking more than her heart to be with Sloane…she’s risking her very life. 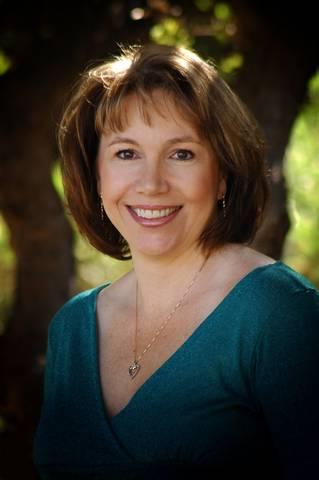 Jennifer Lyon grew up under the shadow of the Matterhorn at Disneyland in Anaheim, California. She attended Walt Disney elementary school and her very first playmate was her beloved dog, Duke, who was cast in the role of hero in all their adventures.
Clearly Jen was born to daydream. But it took her years to figure out how to turn her imagination into a career as an author. After marrying and becoming a full time mom to three sons, Jen launched her career with the award winning Samantha Shaw Mystery Series and other romantic mysteries under the name Jennifer Apodaca. Later, she took the name Jennifer Lyon, combined her love of witches, alpha males and sizzling romance into another award winning series, the Wing Slayer Hunters.
Jennifer has several new releases coming out this year. THE PROPOSITION, the first book in her new Plus One Chronicles was just released on February 24 and following later in the year will be Book Two: POSSESSION - Coming 5/28/13 and Book Three: OBSESSION - Coming 9/24/13.
Writing under Jennifer Apodaca she will be releasing the first book in her Once A Marine series, titled THE BABY BARGAIN which will be out in March 2013 from Entangled Publishing in their Indulgence line.
For more information on Jen or her books, please visit her website or follow her on Facebook, Twitter and Goodreads.

10/25 Babbling About Books and More
http://kbgbabbles.com

10/25 For the Love of Bookends
http://loveofbookends.blogspot.com