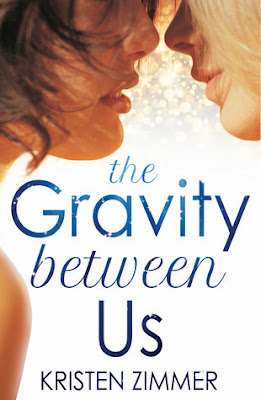 Where does friendship stop and love begin?

At just 19, Kendall Bettencourt is Hollywood’s hottest young starlet with the world at her feet – but behind the glamour and designer dresses is a girl who longs for normal.

Payton Taylor is Kendall’s best friend since childhood, and the one person who reminds her of who she really is – her refuge from the craziness of celebrity life.

With her career taking off, Kendall moves Payton to LA to help keep her sane. But Payton is hiding a secret that could make everything ten times worse. Because to her, Kendall is more than a best friend – she is the only girl that she has ever loved.

Just as they need each other more than ever, they’ll have to answer the question of where friendship stops and love begins? And find out whether the feelings they have can survive the mounting pressure of fame…

The Gravity Between Us is a daring, romantic, emotional story about friendship, love, and finding the courage to be yourself in a crazy world.

New Adult novel: recommended for 17+ due to mature themes and sexual content 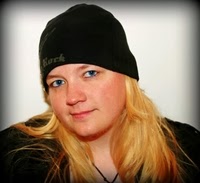 Kristen is a New Jersey-based freelance writer and editor. A member of the International Women’s Writing Guild, she holds a B.A. in English with a Concentration in Creative Writing from Montclair State University. She also studied Music Performance with a focus on percussion instruments at Five Towns College. When not busy writing or burying her nose in books of the YA/New Adult fiction persuasion, Kristen enjoys spending time with her family, which includes two adorable Black Lab mixes and a very patient Better Half, and making electronic music. The Gravity Between Us, a contemporary New Adult Romance, is her first novel.

Guest Post w/ Kristen Zimmer
If I Could Have Dinner with Three Characters from Books…
By Kristen Zimmer
I love books. And by love, I mean I have an unhealthy obsession with them. One time, I started reading a book very late in the evening and became so enamored with the story—or more accurately, the characters—that I called in sick to work the next morning just so I could finish reading in one sitting. Falling so deeply in love with the characters in that book got me thinking: If I could have dinner with three fictional book characters, who would I choose and why? (Side note: I decided to limit myself to three characters, or else I’d be hosting a fictional rager party, rather than a nice sit-down meal.)
My first dinner guest would be my favorite Dickens character of all time, Oliver Twist. I think my reasoning behind this choice will be fairly obvious to anyone who has read the book. Oliver is so lovably naive, and so in need of someone to listen to and care about him throughout nearly the entire novel (ending not withstanding), that I would relish the opportunity. Of course, having him as a dinner guest would undoubtedly result in me saying, “Please, let me adopt you, because the world you live in just plain sucks. I’ll love you and feed you and you can always, always have some more!” So, ultimately, lil’ Olly would end up being the forever-kind of guest, rather than just a visitor.
For my second guest, I’d have to go with Ellie Linton of John Marsden’s Tomorrow series. Through seven books, poor Ellie and the rest of her teenage friends are busy fighting a guerilla-style war (and also trying to keep themselves from getting killed) when their homeland of Australia is invaded by foreign forces. I’d love to transport all eight of the characters in this book out of their war-torn world and into the safety of my kitchen, if not for an extended period of time, then at least for one evening sans constant bombing. Unfortunately, I can only choose one character. I figured I’d go with Ellie, since she is the narrator and hands-down leader of the small insurgency.
My third choice would be Amber Gray from Malinda Lo’s Adaptation series. This pick is vastly different from the rest; firstly, because she is the only secondary character on the guest list. Secondly, I’d invite her not because she’s in need of some TLC, but because she is one of the coolest female characters I’ve seen in a YA novel in a long time. Confident, intelligent and alluring, I think I’d be able to have an awesome, if flirty, conversation with her. Of course, that isn’t to say that Amber doesn’t have her own issues. She’s got a bit of a problem with dishonesty (at least in Adaptation… Inheritance is a different story entirely). But there is a very interesting explanation for her half-truths.
So, those are the three book characters I’d invite to dinner. Who would you choose?
Giveaway
Prizes
2x signed paperback copy of The Gravity Between Us

(open to UK and Australia/New Zealand only)
﻿
a Rafflecopter giveaway