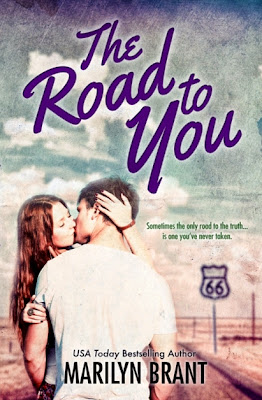 Sometimes the only road to the truth...is one you’ve never taken.

Until I found Gideon’s journal in the tool shed — locked in the cedar box where I’d once hidden my old diary — I’d been led to believe my brother was dead. But the contents of his journal changed all that.

The Road to Discovery...

Two years ago, Aurora Gray’s world turned upside down when her big brother Gideon and his best friend Jeremy disappeared. Now, during the summer of her 18th birthday, she unexpectedly finds her brother’s journal and sees that it’s been written in again. Recently. By him.

The Road to Danger...

There are secret messages coded within the journal’s pages. Aurora, who’s unusually perceptive and a natural puzzle solver, is hell bent on following where they lead, no matter what the cost. She confides in the only person she feels can help her interpret the clues: Donovan McCafferty, Jeremy’s older brother and a guy she’s always been drawn to — even against her better judgment.

Reluctantly, Donovan agrees to go with her and, together, they set out on a road trip of discovery and danger, hoping to find their lost brothers and the answers to questions they’ve never dared to ask aloud.

In that expectant space between silence and melody, our trip began... 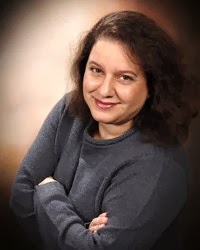 Marilyn Brant is a USA Today bestselling author of contemporary fiction. She wrote the new adult/humorous paranormal novel ACCORDING TO JANE (2009), the women’s fiction relationship drama FRIDAY MORNINGS AT NINE (2010), and the romantic travel adventure A SUMMER IN EUROPE (2011), all published by Kensington Books. She's also a #1 Kindle and #1 Nook bestseller and has written a series of fun and flirty romantic comedies, including ON ANY GIVEN SUNDAE (2011) and PRIDE, PREJUDICE AND THE PERFECT MATCH (2013). Her coming-of-age romantic mystery, THE ROAD TO YOU, will be available in October 2013.

Marilyn is a lifelong music lover and a travel junkie. She’s visited 46 states and over 30 countries (so far—she's not done yet!), but she now lives in the Chicago suburbs with her family. When she isn't rereading Jane Austen's books or enjoying the latest releases by her writer friends, she's working on her next novel, eating chocolate indiscriminately and hiding from the laundry.
Author Links
Website | Facebook | Twitter | Goodreads
Excerpt
I could count on one hand the things I knew were true about Donovan McCafferty:
He was twenty-three—just over five years older than I was.
He’d escaped into the Army at age eighteen and, except for a few quick but memorable visits, hadn’t returned to Minnesota until this past winter.
He had an excellent mechanical mind.
And he made me very nervous.
Underneath my skin, every nerve fiber was fast twitching. Just thinking about Donovan always did that to me...
It was 7:05 p.m. by the time I got to the auto-body shop where he worked. They closed at seven, but the light in the back was on and I knew he was in there. Not because I’d caught even one glimpse of Mr. Tall, Dark and Intense yet, but because the only other car in the lot was a crimson Trans Am with the giant Firebird decal in black and gold across the hood. His, of course.
I pushed open my car door, grabbed my tote bag with Gideon’s journal tucked safely inside and inhaled several lungfuls of the cloying summer air.
I didn’t make it more than five steps before Donovan came out. A solid, broad-shouldered, six-foot-two mass of frequently impenetrable emotions. Not impenetrable enough this time, though.
Even at a distance of half a parking lot, I detected two powerful sensations that crashed, one after the other, into my awareness:
One, he was hugely curious about why I was here.
And, two, he very much wished I hadn’t been.
He walked up to me and cleared his throat. “Car trouble, Aurora?” He glanced at my hand-me-down Buick, which had done nothing but purr contentedly during my drives around town. Donovan was the type to have noticed this, so I could tell he knew it wasn’t the car.
I shook my head. “I need to show you something,” I told him. “Privately.”
A small flash of amusement quirked one corner of his mouth upward. I was surprised he allowed me to read this, especially since he knew I could. Surprised he was letting me see that one of his possible explanations for my presence was flirtatious in origin—even as he immediately dismissed the idea.
I rolled my eyes. “It’s not like that.”
He pressed his lips together, but the amusement still simmered just beneath the surface. “Too bad. ‘We’re both young and inconspicuous,’” he said, parroting the hideously embarrassing words I’d said to him two years ago at our brothers’ secret high-school graduation party..
I fought a blush. “We’re not that young,” I told him, trying to stand straighter and look older. “And we’re not inconspicuous here.”
“Ain’t that the truth.” He turned and motioned for me to follow him inside. Led me into the back office and ushered me in. “You want me to close this door, too? Snap the blinds shut?”
He was mocking me, but there was a layer of concern beneath it. He knew something serious was up. In a town of 2,485 people, where you’d run into the majority of the residents a handful of times each week, I’d spoken with Donovan McCafferty in private exactly six times in the past five years.
Here’s to lucky number seven.
Giveaway