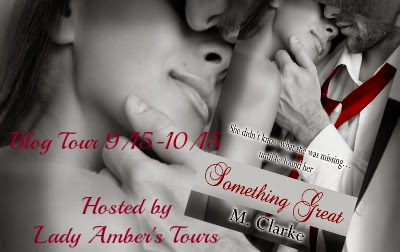 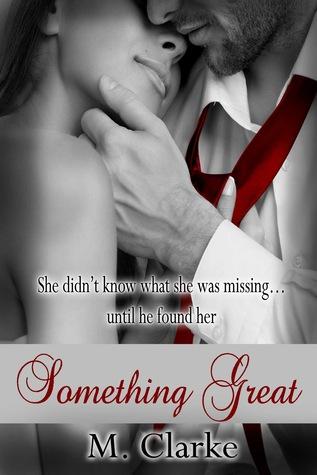 * This is a New Adult romance novel recommended for ages 18+ due to sexual content and mature subject matter.*She didn’t know what she was missing…until he found her.Maxwell Knight was positively trouble, dangerously good-looking, and seductively charming. He was everything Jeanella didn’t need in her life. Only Maxwell didn’t see it that way. His pursuit was relentless, making her even more determined to push him away.Fresh out of college, life was simple and plain for Jeanella Mefferd. Every part of her life was smooth sailing; her friends, her job, and even the guy she’d started dating. Then one night, while at dinner, she spotted someone who made her feel things she’d never felt before—dangerous, heart pounding and breathless heat. Thinking she would never see him again, she brushed it off, but when she started to run into him unexpectedly, all she could think of was how he made her feel with his sweet flirtations. Everything about Maxwell Knight screamed trouble, especially when she found out he was her new boss’s son. Now, heading to a New York fashion show, would she be able to focus on her career instead of Maxwell, who had been scheduled to attend with her? As much as she tried to forget their encounters, his good looks, smooth words and determination to win her over gravitated her toward him. The next thing she knew, her mind was utterly consumed by him. Would she be willing to ignore all the dangerous signs and jump into his arms? Or would she miss out on the chance of finding something great? 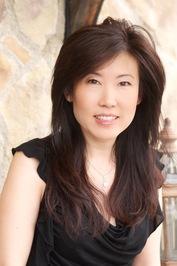 Mary Ting resides in Southern California with her husband and two children. She enjoys oil painting and making jewelry. Writing her first novel, Crossroads Saga, happened by chance. It was a way to grieve the death of her beloved grandmother, and inspired by a dream she once had as a young girl. When she started reading new adult novels, she fell in love with the genre. It was the reason she had to write one. Why the pen name, M Clarke? She tours with Magic Johnson Foundation to promote literacy and her children’s chapter book, No Bullies Allowed.
You can find Mary at
Facebook M.Clarke page | Facebook Mary Ting Page


Teaser
Suddenly, Max placed his hand under my elbow. With a slight tug, I was somewhat in his hold. With a light gasp and a wave of heat flushing through me again, I was lost in his eyes. He leaned in. “I had a wonderful time,” he whispered. “Thanks for being my lunch buddy.” Then he handed me the brown bag. “Lunch buddies share their feelings, stories, and even goodies.”
I radiated a huge shy smile and walked away. Needing that Rice Krispies Treat right that moment, I reached inside the bag. What I saw stunned me, and even tugged at my heart. He hadn’t broken it in half as I had expected. Instead, he had molded it into the shape of a heart.
After that, I knew…unwillingly…I was making a space for him in my heart. Thinking he would be devouring his sandwich, I looked over my shoulder just as I pushed the door to exit. His eyes were set on me intently, and I got a glimpse of his wink that made me want to dive into his arms. I liked the feeling way too much!


Here's where you can read My Review 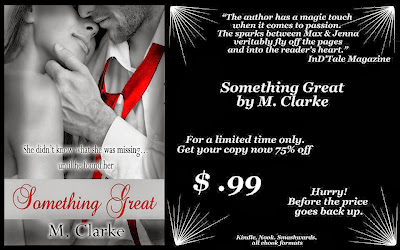 Giveaway
﻿
a Rafflecopter giveaway
Posted by Stacey at 6:00 AM