Welcome, we're the next stop on the Rock'n Tapestries blog tour. 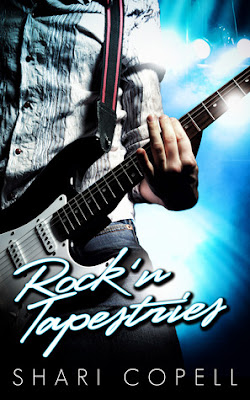 “Asher Pratt had been a drug for me, and I wasn’t sure I wasn’t still addicted.”Chelsea Whitaker works as a waitress at Tapestries, a trendy Pittsburgh bar. She’s doing her best to avoid Asher Pratt, the Pittsburgh rock legend who shattered her heart years ago.When he takes a job at Tapestries just to be near her, Chelsea has some decisions to make. She soon discovers that some things never change. It’s all she can do to keep a tight hold on her heart as Asher takes her for another wild ride.As she struggles to gain some perspective on their relationship, she learns that he’s never needed her more. She must put the past aside for the sake of the future.
ADD ON GOODREADS 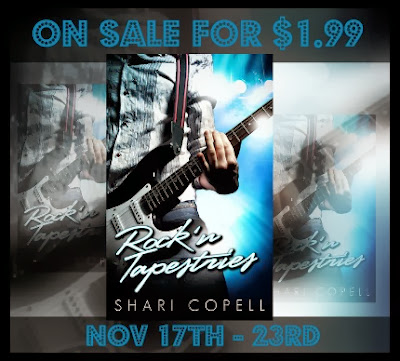 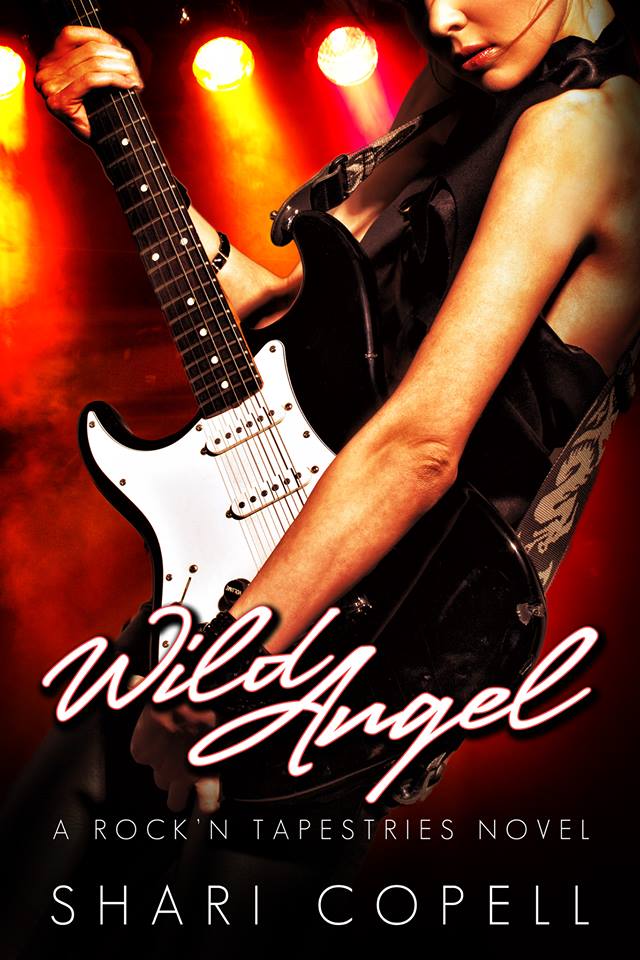 A young guitar prodigy trying to discover who she really is. A husband fighting to hold his family together. A wife struggling with the feelings she has for a musician who’s been dead for nearly nineteen years.
And a man who will battle from beyond the grave to protect his only child.
Nicks Sorenson, guitarist extraordinaire for the band Wild Angel, has a lot going on during her last year of high school. In fact, she sometimes wonders if someone has painted a bull’s eye on her forehead.
Stone Jensen, lead guitarist for the band Heavy Remedy, shows up everywhere she plays despite the bad blood between them. The high school principal is targeting her with endless detentions for some reason. And she’s starting to think maybe her mother is losing her mind.
A dream seems to set inexplicable events in motion. Things get even weirder when she learns the name of the man who willed her the four guitars she now owns.
Nicks Sorenson is about to find out what you don’t know can hurt you. 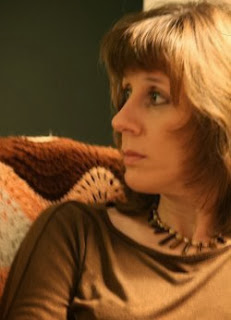 Though I write contemporary romance under the name Shari Copell, my real name is Sherry Jesberger. I write a historical fantasy/paranormal romance series under the name S.L. Jesberger.
I am an eleventh generation native of Pennsylvania. My husband Gordon and I raised three lovely daughters, one of whom designs my book covers. Another daughter drew the map in the front cover of my historical fantasy series.
I’ve always had stories swirling through my head. Crazy stuff, totally whack situations. I was a voracious reader as a child, choosing to escape into the world of books. I wrote stories when I was a teen, but quit as I grew up. (Keep in mind, there were no computers then. Writing a book or story consisted of a brand-new notebook and a ballpoint pen.) I found some of these early stories as I cleaned out my grandmother’s house after she passed. Unfortunately, I threw them away.
I started writing again in 2012 after my husband lost his job. Aislin of Arianrhod was published in October of that year. I immediately began to work on the second book in the series, Winter’s Child.
Sometime in the middle of writing Winter’s Child, I had the inexplicable urge to swear like sailor, use modern vernacular, and write steamy sex scenes. I was amused and tried to push it aside. The language in a historical fantasy is obviously much different from a contemporary romance, so I had to behave myself.
I finally just thought, fuck it. I’ll do it. It was during that time that I started to write “Micah’s Island.” I simply needed to purge the wild story that had taken over my brain by then. It was so much fun to write. What would happen if you met a man who had never seen a grown woman before?
I chose the pen name Shari Copell because Micah’s Island was so very different from the Àlainnshire series. Copella was my grandmother’s maiden name—I just dropped the A.
For the most part, people seemed to like Micah, though he was a man of few words. I got some nice (and not so nice) emails about it, mostly from people wanting a better ending. I promptly wrote them one.
I wasn’t sure I would ever write another contemporary romance until Rock’n Tapestries dropped into my head, nearly complete from beginning to end (though I did run some things past Tara Chevrestt, who edits for me. Her suggestions were invaluable.) You just have to indulge your muse when that happens, as it doesn’t happen often.
Though the names and situations have been changed to protect the not-so-innocent, some of the things in Rock’n Tapestries were things that actually happened to me. My husband was wearing a bass guitar the first time I ever laid eyes on him. As Chelsea says of Tage, “ I think I might’ve had to scoop my jaw off the floor.” He’s the skinny dude in the gray tank top and orange guitar on the far right in this video: http://www.youtube.com/watch?v=1lXGyaHNWRI
I hope you’ve enjoyed Rock’n Tapestries. I’m currently having a blast working on a book about Nicks Sorenson, Asher’s daughter. I love this girl! It should be out sometime in 2014.
In the meantime, rock on!
Author Contact Info
Facebook | GoodReads | E-Mail: sharicopell@gmail.com


Asher Pratt stood above me, peering down into my face, looking like the child of an angel and a god. His electric sexuality was as strong as it had ever been. He was Brad Pitt, with equal parts of Rob Lowe thrown in for good measure.
I let my gaze drift over him. Asher was tall, but he was rock-star lean. He was the kind of guy that low-cut jeans are made for. His white shirt was unbuttoned halfway down the front. He leaned over, and it was all I could do not to shove my eyes down that tempting view. I knew what was down there.
Flat abs and pecs with just a hint of definition, always smooth and hairless under my tongue, except for that little line of dark hair that started just below his navel and disappeared down behind the zipper of his jeans…