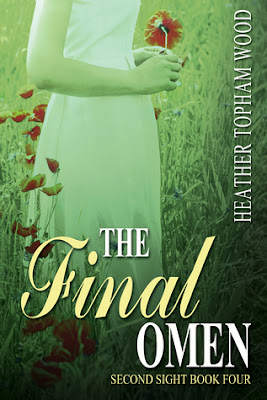 Psychic Kate Edwards had seen her death in a premonition. She was given the opportunity to stop her murder from happening and finally reconnect with her love Detective Jared Corbett. However, fate had different ideas…

Kate finds herself trapped between life and death. Her only companion is Rose Corbett, Jared’s long dead mother. Rose offers answers to many of Kate’s long-awaited questions and alludes to what the future could hold. However, before Kate can finally be happy, she must complete a seemingly impossible task: save Jared from his own tragic fate. 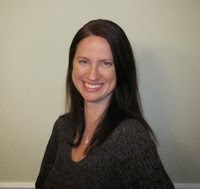 Heather Topham Wood’s obsession with novels began in childhood while growing up in a shore town in New Jersey. Writing since her teens, she recently returned to penning novels after a successful career as a freelance writer. In 2012, she published the first two novels in her Second Sight series: First Visions and New Revelations.

Heather graduated from the College of New Jersey in 2005 and holds a bachelor's degree in English. Her freelance work has appeared in publications such as USA Today, Livestrong.com, Outlook by the Bay and Step in Style magazine. She resides in Trenton, New Jersey with her husband and two sons. Besides writing, Heather is a pop culture fanatic and has an obsession with supernatural novels and TV shows.

Excerpt
Just breathe, Kate…
Hysteria bubbled up inside of Kate Edwards as she realized her ridiculous line of thinking. She couldn’t breathe. Because she was dead, and the dead didn’t need to breathe.
Grasping the edge of the kitchen countertop for support, she used her free hand to touch the side of her face. She needed assurances of the corporeality of her body. Her flesh felt real. Taking a quick inventory of the rest of her body, she saw the same arms and legs, the same ten pounds she’d been trying to lose.
Her head snapped up and Rose Corbett was still standing there, staring at Kate with a mix of emotions she couldn’t discern. Anguish floored her again as she took in Rose’s raven colored hair, the same hair of her son, Jared. The son Kate craved with her entire being. The one she’d told she loved before she died. She’d abandoned him like his parents had done. How many losses did he need to accumulate until he broke apart completely?
They were in the Edwards’ home or some alternate version of it. Minutes ago, or possibly longer since she was unsure if time worked the same, she’d been murdered by an insane masked intruder in her own home. The irony was she had a premonition of her murder before it happened. Details had changed, but the final act remained the same—she ended up in a puddle of blood on the floor, butchered, her ex-boyfriend Jared too late to revive her.
When she came to in the dining room, nary a cut in sight, she assumed it was another premonition. Her assumption being the psychic visions were once again trying to protect her. A flash of black hair in the kitchen made her tremble with relief. Jared was there! She’d confess everything to him, tell him about her premonitions, and how she feared someone wanted her dead. He’d protected her in the past and he’d do it again. Instead, Rose had stepped towards Kate, saying her name.
“Why?” Kate demanded. “What was the point of it all? Why did I have the premonitions if I was going to die no matter what I did?”
A security system and self-defense training hadn’t stopped her attack. Investigating her future murder with fellow psychic Declan Brayden hadn’t unmasked her killer. Months of knowing she could die, but foolishly believing her circumstances weren’t hopeless.
“Kate, I…” Rose began.
“You can’t…I can’t hear you say it. Because when you say the words, it’ll be real and I’ll be forced to accept that it’s all over.” She took a long minute to study Rose, taking in her thick dark eyelashes and her glossy midnight black hair, cascading in waves to her waistline. She was exquisite, unearthly beautiful in a yellow sundress. She didn’t look much older than Kate’s twenty-two. It was as if Rose was stuck in time, destined to remain the same age she was at the time of her death. “Is this my purgatory? Being stuck inside my house and forced to stare at a spitting image of him?”
Giveaway
Grand prize giveaway
Prize (open internationally)
$40 Amazon gift card
a Rafflecopter giveaway