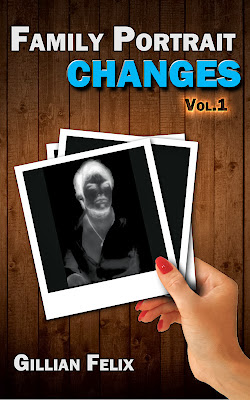 Adriana Banovic’s 15th birthday sucked! She got fired after eight years of playing Shayanne Montgomery on the #1 soap in the country, found out that her family was on the verge of bankruptcy and worst of all, forced to return to Westwood Academy. Her only saving grace was a chance glance at dreamy mystery boy Haze Lyndon. Armed with only his picture and a determination to find him—even if it means turning Los Angeles over on its ass.
In this new adult novel you'll meet Robin Banovic, Adriana's father; financially challenged, dealing with the death of a family member and his brother's disappearance. You'll meet Savannah DaCosta aka Savi, mother/manager; Savi enjoys the life her rock star daughter Leighann has provided. When Leighann makes a choice to end her career, Savi sees it as a personal attack. You'll meet college boy Haze Lyndon; New to Los Angeles, Haze soon realizes how quickly money changes hands in the City of Angels. Will he return to questionable ways to survive or go back to the safety of his family in Wisconsin?
This novel is NOT for children, it contains strong language, reference to drug use and sexual situations, this novel is meant for mature teens and adults.
﻿ 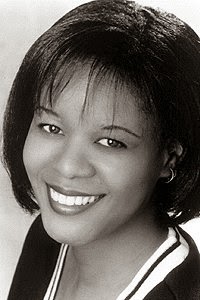 Gillian Felix has been writing since she was old enough to hold a pencil. She enjoys creating characters that could be your next-door neighbor, but would you want them as your neighbor is another story.
Originally from the island of Trinidad and Tobago, Miss Felix moved to the United States in 1998. Since then she has been involved in the entertainment industry for over fifteen years. Her experience ranges from script supervisor to production manager on many independent features. She is trained in the Meisner and Stanislavski technique of acting, which she credits as an asset to her character development and writing.
Miss Felix is an entrepreneur and advocate for children’s and women’s rights.

Writing Adriana’s character was fun and challenging because she is such a bitch. It’s tricky because she shares the leading role with Leighann, who is sweet, and kind—they are polar opposites of each other. They both grew up in the entertainment industry but that’s about all they have in common. Adriana makes no apologies for who she is, she is reckless and wild and I’m sure some readers will hate her. It is only later on in the series you get to really see why she is the way she is.
Even though Leighann was a bigger star than Adriana, she was more protected by her mother. Savi may have her ways, but she shielded Leighann from a lot of the outside world. So when Leighann defies her and ventures out into the ‘real world’, she begins to see how scary things can get.
Leighann’s fascination with the ‘real world’ is based on the fact that she has never had a ‘normal’ life. She sits in the tour bus and looks at the fans through the one way glass and thinks that their life is so easy, and she longs for that. She wants to meet a boy, go to the movies, and do things normal teenagers do.
Westwood Academy of Higher Learning is a super school on steroids as one reviewer described it: “we mustn't forget the whole larger-than-life high school scene on steroids in a world where appearances often mean more than substance”
The school is high tech and ridiculously over the top with chef catered lunches, marble floors, digital lockers, Jacuzzi. Seriously, I’d want to go to that school. How does any body get any studying done?
Astrid Wilson is the Kim Kardashian of Westwood Academy. She decks out in Prada and all the latest designs by the hottest designers. No body can throw a hissy fit like Astrid. When Adriana returns to Westwood Academy, Astrid’s status is threatened especially where her boyfriend Warren is concerned.
Family Portrait is based on a television series I had written. The script got lots of interest in Hollywood but nothing came of it, so I decided to turn it into a book series. I have two seasons, 24 episodes of the television series already written.
Book two combines a couple episodes from the script. Changes Vol. 1 is equivalent to the pilot episode—it introduces the audience to the characters. The script for television was meant for prime time so I had to tone it down—a lot. The book is the raw version—drug use, foul language, sexual situations. The characters can get away with a lot more in the book than they could on screen, which is good for Adriana and Kevin’s character, because later in the series they really get naughty.
Right now I am working on Vol. 2 called The Banovic Siblings. In this book the siblings mostly Adriana and Kevin’s past catches up with them and their secrets are getting too close to home. Love triangles and tangles start to form with some of the supporting characters. Leighann’s character starts evolving, her sister L’Wren has a very powerful and emotional storyline which took a lot out of me to write. It really made me ‘go there’ which stretches me as a writer. Book two is a bit darker than Changes.
I think Vol. 2 may be available in November or December, 2013. It still has the whole process to go through with the story editor, the proofreader and the cover still has to be designed. I usually write like a fiend at night—Sunday through Thursday sometimes Friday nights.
On the Facebook fan page https://www.facebook.com/FamilyPortraitNovels fans can rummage through the character’s closets. Right now there is an app on there called Adriana’s closet and coming soon: Leighann’s wardrobe, Astrid’s locker, the sound track to go with some of the scenes, Westwood Academy emblem reveal, Westwood Academy gear, fun trivia’s, first read of the novels before they are published. So sign up.
Thanks for having me. Purchase a copy of Changes Vol. 1 (Family Portrait) here. (: http://www.amazon.com/dp/B00EADYMCA)

The reviews on Amazon
“Each character has a story to tell, and I see their stories being entwined together, for better or worse as author Gillian Felix builds a strong and intriguing foundation for a new series with her novella, Changes, book 1 in the Family Portrait series.”

“Part soap opera, part teen struggle in a world where they are expected to “follow the crowd” and feed the frenzied tabloids fodder for the prying eyes of the masses, all while dealing with personal and family crises, I see a huge following for this new series! I know I’m going to watch for more!”

“This book has many interesting characters and I am looking forward to the next volume. I was sorry to see it end.”