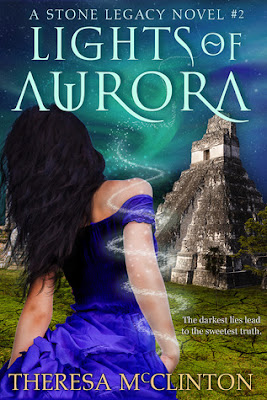 After the discovery of her ancient Maya bloodlines, eighteen-year-old Ashley Coreandero is faced with a daunting responsibility. She must protect the stone of Muuk’Ich while Sarian, the underworld general, relentlessly drives her to the brink of insanity.
As the winter solstice approaches, it brings an onslaught of unexpected side effects. Ashley must seize control over her supercharged powers, while dealing with the overwhelming suspicion that her boyfriend, Arwan, is hiding a secret so dark it could destroy them both.
With the arrival of a surprise houseguest, Ashley’s deepest fears about Arwan are confirmed. And when middleworld deities intercede, the group of gifted Maya descendants are confronted with hardships they never saw coming—including an enemy more deadly than they have ever faced.
Hell hath no fury like a woman scorned—but when that woman has no soul and a taste for revenge, they will need the powers of every surviving ancestor simply to stay alive.

A long time enthusiast of things that go bump in the night, Theresa began her writing career as a journalism intern—possibly the least creative writing field out there. After her first semester at a local newspaper, she washed her hands of press releases and features articles to delve into the whimsical world of young adult paranormal romance.

Since then, Theresa has gotten married, had three terrific kids, moved to central Ohio, and was repeatedly guilt tripped into adopting a menagerie of animals that are now members of the family. But don’t be fooled by her domesticated appearance. Her greatest love is travel. Having stepped foot on the soil of over a dozen countries, traveled to sixteen U.S. states—including an extended seven-year stay in Kodiak, Alaska—she is anything but settled down. But wherever life brings her, she will continue to weave tales of adventure and love with the hope her stories will bring joy and inspiration to her readers