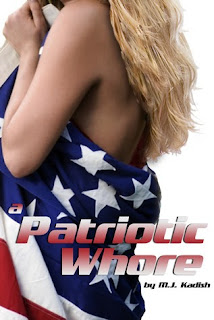 Blurb- Blaire Reese is a party girl. She likes booze, boys, and sex, and has no idea what she wants to do with her life... until she's approached by the CIA to join an elite squad of undercover agents trained in the art of Seduction and Sexual Manipulation.

Now, she's in a world where sex is used as a tool, and people are looked at as nothing more than puppets. Project Cathouse was designed from the ground up by the CIA to teach girls like Blaire how to use their sexuality to enslave the emotions of any person they desire, and then use that person for their own agendas.

Blaire is on-board with her training until she falls in love with Drummond Scott, the top male trainee at the Cathouse. But how can she convince a man trained as the ultimate Seducer that her love is not only genuine, but that he should love her back?

When emotions are liabilities and sex is a weapon, how can Blaire protect herself from being hurt? What is left for her to trust? When you're patriotic enough to become a whore, is it still possible to ever believe in love?

Review- A Patriotic Whore is like nothing I have ever read before and I am going to say this now, it won't be everyone's cup of tea. But it sure was mine!

Written in a style that I would describe as a "diary style", it's full of abbreviations, smiley faces and typical young women lingo which I quite enjoyed. It was different and quirky and made it come across as if a young woman wrote it instead of adult male that did!

I found reading A Patriotic Whore to be an absolute hoot! A quirky read that had me in stitches with an ending that has me craving for the next book!

So to get your hands on some "Hooker Spies" in the form of
A Patriotic Whore (which I highly recommend) click on the following link:

And for more information on Matthew and his other projects you can check out the following links:
FACEBOOK
WEBSITE
GOODREADS