Welcome to our stop on the BRANDED blog tour. This is definitely a book to add to your tbr pile, I've already added to mine and look forward to finally getting to it. :-)
Spotlight
Branded
(Sinners, #1)
By Abi Ketner & Missy Kalicki
Genre: YA Dystopian Romance
Book Trailer 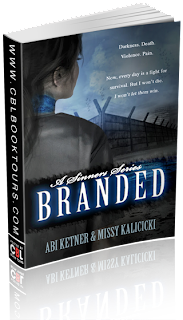 Twenty years ago the Commander came into power and murdered all who opposed him. In his warped mind, the seven deadliest sins were the downfall of our society. He created the Hole where sinners are branded according to their sins and might survive a few years. At best.Now LUST wraps around my neck like blue fingers strangling me. I’ve been accused of a crime I didn’t commit and now the Hole is my new home.
Darkness. Death. Violence. Pain.
Now, every day is a fight for survival. But I won’t die. I won’t let them win.The Hole can’t keep me. The Hole can’t break me.I am more than my brand. I’m a fighter.My name is Lexi Hamilton, and this is my story.
ADD ON GOODREADS 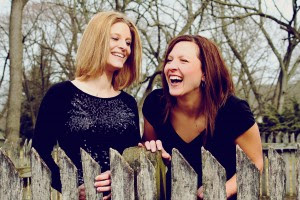 Abi and Missy met in the summer of 1999 at college orientation and have been best friends ever since. After college, they added jobs, husbands and kids to their lives, but they still found time for their friendship. Instead of hanging out on weekends, they went to dinner once a month and reviewed books. What started out as an enjoyable hobby has now become an incredible adventure.
Links
Website | Facebook | Twitter 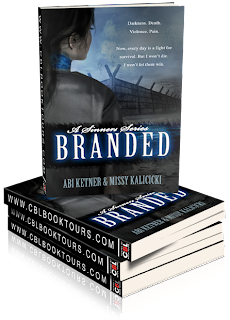