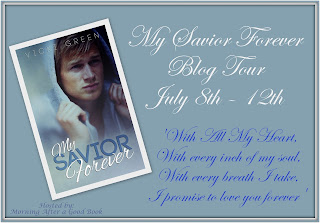 My Savior Forever
by Vicki Green
﻿ 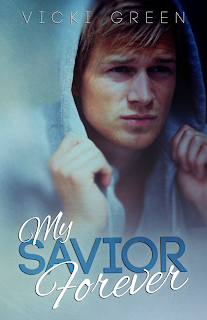 ‘With all my heart, With every inch of my Soul, With every breath I take, I promise to love you forever’
Cassie can’t remember being loved, being wanted. At a young age she was placed in Foster care that moved her around from one place to the other. Finally being freed at 18, she was left with no money and nowhere to go until she finds a small town in Kansas where she can start over.Little did she know her life was going to be uprooted again when she is kidnapped and brutally raped.Jesse is considered HOT in most women’s eyes, but has little time for Romance. While searching for his Mother’s killers, he witnesses a young girl being kidnapped. He now faces decisions that he must make quickly.Will Jesse rescue Cassie? Will Cassie ever find the happiness she longs for?
*Due to a graphic rape scene, strong language and sexual content, this book is not intended for readers under the age of 18.


I lay there and just watch him sleep for a while. He’s beautiful. He looks younger when he is asleep. His beard scruff has grown. I sigh. I reach over with my right hand and lightly move his hair back from his forehead. He sighs in his sleep and has an ever so slight smile on his lips. I think I am falling for this beautiful man. But, how can I be? This is so fast but I can’t help the way I feel, how fast my heart is beating. He is my Savior Forever! 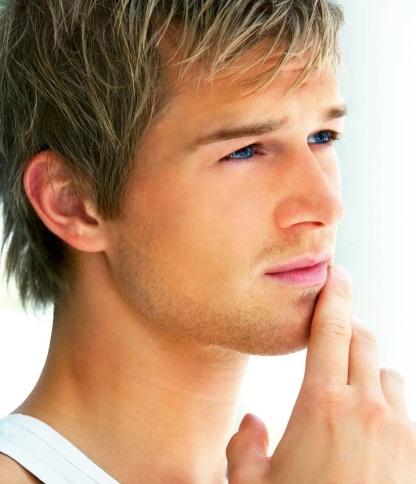 Full name: Jesse Michael RichardsBorn: January 15thAstrological Sign: AquariusStats: 5’ 11”, 172 lbs., dark blonde hair with natural blonde highlights, blue eyesFavorite food: MexicanFavorite music: Classic RockFavorite pastime: running, working out, taking a stroll hand in hand with my Cassie, snuggling with CassieBiggest Regret: Not being there when my Mother was killed. Maybe I could have stopped them. Not being able to get Cassie out of that house before they hurt her. It killed me to have to sit outside in my truck waiting for the right time to go in after her. I hated what I saw when I finally did.Sweetest Moment: marrying Cassie. Seeing her walk down the aisle to me and the look on her face made my heart beat out of my chest. Most Romanic Moment: When I prepared a Romantic dinner for her in celebration. I love doing that! The look on her face was priceless. She was so shocked but in her eyes was the love for me that hit me like a freight train. I fell in love with her all over again.
Jesse, I can’t imagine how hard it was for you, chasing after your Mother’s killers for two years. Wasn’t it hard being out there by yourself and weren’t you afraid of being killed?
It was extremely hard being away from my family and friends. I missed them terribly and I know it was hard on them too. I know I put them through a lot. But, I had to do it, for her. She deserved to have them caught and put away. No one else was willing to do that. I guess deep down I was a little nervous of being killed but I had to take that chance.
I hear that you are a hopeless Romantic. What goes through your mind when trying to impress a woman?
Jesse laughs.
Well, when I fall, I fall hard. I want to take care of her and give her everything her heart desires. Most woman, or so I’ve heard (chuckle), love the flowers, pampering, candle light and so on. I guess I have a great imagination when trying to come up with things to woo them. What can I say? (He smiles and shrugs)
What where your first thoughts as you entered the room and found Cassie?
It was so dark in the room that I had to use my flashlight. I cringed as I moved the light up her body. Seeing her tied to the bed that way, the bruises, marks in her flesh and her face. Damn, her face. Bruised and her left eye swollen shut. I wanted to go after them right then and kill them. Beating them to a pulp first like they did to her. I’m not a violent man but my rage was extreme as I saw what they had done to her. (He leans forward in his seat, putting his elbows on his legs to get closer). But, wow! I think I was knocked over by her beauty. She stunned me. Right then, I knew I had to get to know her better. I had to have her. I can’t explain it. 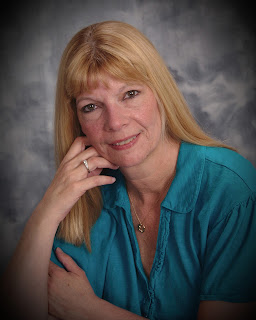 Vicki Green grew up in Overland Park, Kansas and currently resides in Olathe, Kansas. Along with her husband and two teenage boys, she shares her home with her cocker spaniel’s Shadow and Mocha. She works full time and has been at the same Company for 35 years. Her life has been filled with the most loving and caring parents who are both in Heaven now but are still in her heart and mind daily.
Vicki enjoys reading, with too many on her Kindle and Nook to count, which is what inspired her to begin writing.
One day she decided to sit down and put to paper a story that has been in her thoughts and dreams for over a year. The next book in the series is already plaguing her thoughts.
Author Links
Facebook | Goodreads | Twitter | Blog
Giveaway