Book Review with Giveaway - Curse of the Rose by J.A. Lynch Young, beautiful and naive, a young Bianka doesn't truly understand the price that comes with being the chosen one.

Taken from her family, her future is unknown to her, but one thing is for sure:an eternity of need, want and greed.

Can Bianka break the curse that leaves her insatiable, or will she just be another night-walker bound to the Rose?
ADD ON GOODREADS
My Rating:

5 SASSY BOOKS!
My Review:
I recieved this book in exchange for my honost opinion.
Firstly.... O.M.G I'm so in love with that cover!!! It really does suit the story!
This is Julieanne Lunch's debut novella in erotica and let me tell you she's done an outstanding job. Julieanne knows how to capture her readers and leave them wanting more.
I don't read much erotica but what I've read so far I've liked, this novella is no exception. From the very first chapter we're thrown right into a hot, exciting, rollercoaster ride. For such a short and fast paced story, Julieanne makes sure she added the right amount of zest and adventure. There were a few really smouldering, heart pounding scene's and I was left feeling like a puddle on the floor. With each turn of the page I got more and more drawn in and was a little upset when I turned the last and it was over. I'm happy to say that this is one of a four part mini series, yay! The characters were enjoyable, a few I'd love to know better. ;-) Bianka, she's a strong chick with an attitude I absolutely love. But she also has a softer side which we get glimpses of throughout the story. I look forward to getting to know them better.
This also is a first for me to read about vampires in this genre, I loved it! In my mind this is the way it should be in certain parts. *wink*
Well done, Julieanne. I'll be first in line for the second part, lol.﻿
If you enjoy this genre than why not branch out and grab a copy, come experience something new and very exciting!

You can get your copy Amazon US & Amazon UK 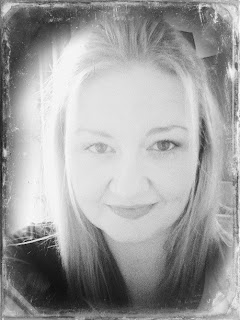 Fiery Librian Julieanne Lynch is an author of urban fantasy books for both adults and teens. Julieanne lives in Northern Ireland, where she works on her Shadows Trilogy and other series full-time. Before becoming a writer, she considered a few different career paths, a rock star being one of them. She studied English Literature and Creative Writing at The Open University, and considered journalism as a career path. However, she decided writing was the way for her and believes all of her education and reading prepared her for it.

An avid reader, Julieanne has always had an encompassing fascination with folklore. When not writing, she enjoys crime series such as Criminal Minds, CSI, NCIS and Cold Case, and loves anything with Vampires, listening to metal, meeting new people, drinking lots of green tea, and sharing her dreams with her children. She is a self-professed goth wanna-be,and is happy when left to write into the early hours of the morning.

Julieanne's YA series, The Shadows Trilogy, is published by Vamptasy Publishing and thus far contains In the Shadows. It follows the war between vampires and shadow creatures. Giselle Bergman, an 18-year old human girl, falls victim to a scheme by one of her closest childhood friends, and embarks on a journey that sees her become the center of a battle between good and evil.

Before you go I wanted to share with you the cover of part 2...
A Dance for Fools
(Rose Saga, #2)
Expected Publication: 20th September 2013 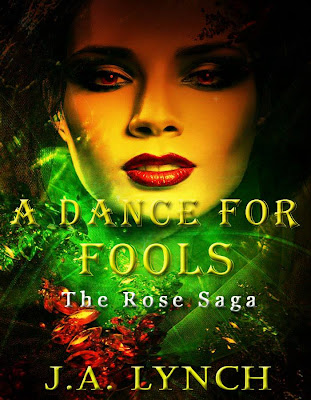 
Also, author Julieanne Lynch would love to give away some swag (posters), so to enter just leave a comment below with your email addy and we'll pick a lucky winner on Monday the 22nd (International peeps welcome).