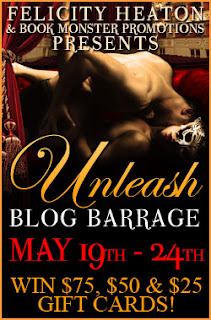 Welcome to your next stop on the Unleash Blog Barrage! 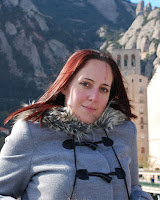 
If you want to know more about Felicity, or want to get in touch, you can find her at the following places: 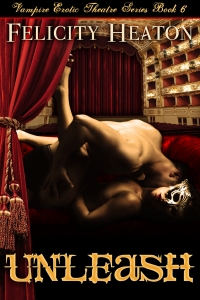 A powerful vampire lost deep in his bloodlust, Snow is a savage animal, mindless with rage and a thirst for violence, and trapped with no hope of awakening from an endless nightmare… until a song draws him up from the abyss, restoring his sanity but leaving him haunted by the sweet feminine scent of lilies and snow, and fragmented familiar lyrics.

When the mysterious and beautiful songstress reappears in Snow’s room at Vampirerotique, she awakens a fierce protective streak and stirs dark desires that drive him to claim her as his female, even when he knows his touch will destroy her innocence.

A single forbidden taste is all it takes to unleash emotions in Aurora that she shouldn’t possess, tearing her between duty and desire, and luring her into surrendering to her wildfire passion and embracing hungers that burn so hotly they threaten to consume them both.

One act of kindness can lead to one thousand acts of sin though, each a black mark against the bearer’s soul and another grain of sand that slips through an hourglass. The clock is ticking and time is almost up. Can beauty save the beast?

I was lucky enough to be graced with a copy on Unleash to review. Here are my thoughts.

Little did he know that he had someone watching over him throughout his scarred life. Aurora.

Getting to know Snow was one emotional roller-coaster ride. Take away that tough exterior and we are left with this fragile, beautiful man who is just trying to fight his inner demons. And what demons they are. Felicity brought Snow to life with her amazing ability to create a character with such depth and emotion that anyone to read Unleash would find it hard not to form and emotional attachment to him. And let me tell you, to see him finally find that special someone warmed my heart. But it wasn't without some major hiccups along the way.

I loved Unleash and I thank Felicity Heaton for giving it to us!

Unleash gets a 5 Sassy Books rating!

Find out how to enter the Unleash international giveaway (ends May 26th) and be in with a shot of winning a $75, $50 or $25 gift certificate at her website, where you can also download a 5 chapter sample of the novel: http://www.felicityheaton.co.uk/ebooks.php?title=Unleash

You will also find all of your buy links through that link.

Thankyou for stopping here and we hope you are enjoying the Unleash Blog Barrage! We know we are!

We would also like to thank Felicity Heaton and Book Monster Promotions for including us in this event.