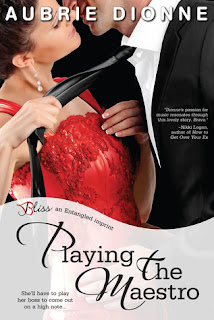 Melody Mires has sworn off dating musicians, but when the sexy European conductor Wolf Braun takes over her struggling symphony, her hesitation almost flies out the window with the notes of her flute—until he opens his mouth. Wolf is arrogant, haughty, and seems to have a personal vendetta against Melody. Oh, and he’s her boss. If she wants to keep her job as principal flutist, she’ll have to impress Wolf while simultaneously keeping her undeniable attraction to herself.


Wolf came to America to get as far away from his past as possible, and to recover some of the swagger he had as one of the world’s best maestros. He never imagined being forced to reassess the entire orchestra’s talent—and potentially fire anyone who doesn’t make his cut. Dating the attractive flutist is out of the question, but as their feelings reach a fever pitch, can they risk both their careers for a chance at love?
ADD ON GOODREADS 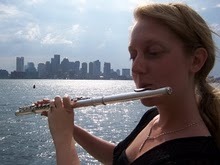 Now for the professional bio:

Why not join in the Facebook Event
Posted by Stacey at 5:49 AM