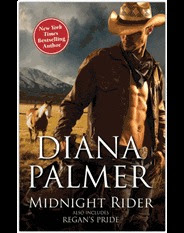 Blurb- Tragedy and family pressure are driving Count Eduardo Cortes towards a marriage of convenience. That is, until he encounters Bernadette Barron, wandering frightened and dishevelled after a society ball.
Beneath the grime it’s clear to Eduardo that Bernadette is beautiful and rich. Gazing into Eduardo’s penetrating eyes, Bernadette sees not only his calculating ways, but also his passionate nature. Has Eduardo finally found the one woman who can save his ranch and heal his heart? And will their growing desire be enough to overcome the challenges they face?

Review-  Historical Romance isn't often my choice of genre but I love change and I love reading different things. So when this was sent to me to review I had no idea what I was getting into or what to expect from it. What I didn't expect was to enjoy it as much as I did.

The blurb, to me, doesn't give this book justice.

Bernadette, young and stubborn has turned down many marriage proposals, much to her fathers disgrace. She wants to find love on her own, she wants Eduardo, but she won't let anyone know. An opportunity arises to save herself from being wed to overseas lords who are only going to take her to a foreign place she doesn't know. Eduardo needs money to save his ranch, Bernadette's father has money, but will that be enough to convince them that marriage is the answer. Will this bring buried feelings to the surface?

Diana Palmer has delivered a storyline that easily consumes it's reader and has created loveable characters that are easy to connect with. With a relationship oozing with romance, uncertainty and sexual tension, Midnight Rider is thoroughly enjoyable and anyone who loves their romance will love it.

Blurb- The last thing Ted Regan wanted was a lovestruck filly swooning over him! But Coreen Tarleton had fallen hard for the sexy, millionaire cowboy. Whenever Coreen was near, he could feel his restraint slipping...yet he couldn't admit the uncontrollable effect she had on him.

Coreen sensed she'd made an impression on Ted's heart — but he pulled himself away from he loving arms. Now, years later, she was no longer the yielding young girl Ted had spurned. A tangled past threatened to keep these star-crossed lovers apart, but this Texan's pride would not get in their way again...

Coreen and Ted's relationship is a confusing one at best. A huge age gap makes things difficult in the eye's of Ted so he deals with it by pushing Coreen away with nastiness and rudeness which in turn pushes her into a destructive relationship that doesn't end well. Ted blames Coreen for the terrible way that relationship ended. He treats her poorly. If I had ever been treated the way Coreen was treated by Ted, I would have pressed the delete button on him in my life. Which is why I found it hard to feel any sort of connection to Ted and their relationship. If it weren't for little snippets into his side of the story, I wouldn't have had any idea as to why Coreen would even be still in the relationship, if you could have even called it one.

As I said, I did enjoy the concept of the story and I don't know if it was intentionally delivered the way it was, but it wasn't for me. I also felt that the story did drag a little and then was rushed at the end. It was inconsistent. Some might enjoy Regan's Pride but it wouldn't be a book I would seek out.

HAPPY READING!
Posted by Renee Booth at 7:00 AM