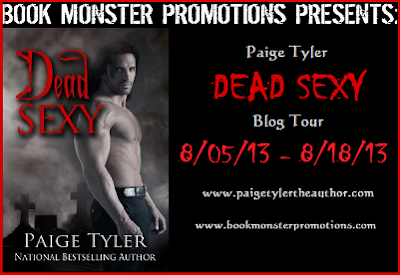 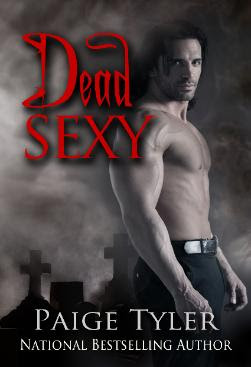 Can her love save him from a curse worse than death?
Romance author Simone Kent thinks she might just have found the most perfect guy in all of New York City - in bed and out.
But Drake Parrish is about as far from perfect as any man can get. Eight years ago, he was cursed by an evil Voodoo priestess to live part of his life as a zombie. Since then, he has lived like a recluse on New York’s Upper East Side, afraid to go out for fear he’ll suddenly turn into one of the walking dead.
The sex is the hottest either of them has ever experienced and Simone discovers just how naughty she can be with Drake, while he finds himself feeling things for Simone he hasn’t felt in a very long time. When the Voodoo priestess learns of their relationship, however, she comes after him again. She's determined he won't have a future with Simone, even if that means killing both him and the woman he loves.
AVAILABLE AT: Amazon | B&N | ARe 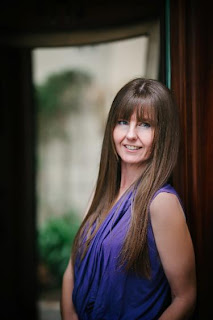 Paige graduated from The University of West Florida with a degree in education in 2000, but decided to pursue a full-time career as a writer in 2004. Since then, she’s written over fifty books in several genres, including paranormal, contemporary, western, sci-fi and erotica. She loves writing about strong, sexy, alpha males and the feisty, independent women who fall for them. From verbal foreplay to sexual heat, her stories of romance, adventure, suspense, passion and true love will leave you breathlessly panting for more.
She and her very own military hero (also known as her husband) live on the beautiful Florida coast with their adorable fur baby (also known as their dog). Paige graduated with a degree in education, but decided to pursue her passion and write books about hunky alpha males and the kickbutt heroines who fall in love with them.
When not working on her latest book, Paige enjoys reading, jogging, P90X, Yoga, Pilates, going to the beach, watching NFL football, watching movies and hanging out with her husband (not necessarily in that order!)
Connect with Paige
Website | Facebook | Twitter | Goodreads | Blog | Pinterest


A Behind the Scenes Look and Excerpt from DEAD SEXY
Thank you so much for having me on your blog!
This is a scene from Drake and Simone’s first date at an outdoor café in New York City. Even though they’ve talked online, it’s still very much a blind date for both of them, and Simone is not only nervous he might not show, but that they won’t hit it off when—and if—he does.


Excerpt
Simone’s gaze strayed to the entrance of the restaurant. Though a lot of men walked by the café, none of them came inside. Every time a cute guy got close, she found herself wondering if he could be Drake. And every time a not so cute guy got close, she found herself hoping he wasn’t. She supposed she should stop being so shallow. There was more to a guy than a handsome face, a chiseled body and a big penis. Having a great sense of humor and the ability to carry on a meaningful conversation definitely counted for a lot. From the time she’d spent chatting with Drake on the net, she already knew he scored big in both of those areas. She was going to appreciate Drake for the person he was, no matter what he looked like. Of course, that didn’t stop her from mentally sizing up every guy who got near the hostess desk anyway.
But checking out every guy who walked by got old after a while. She glanced down at her watch and frowned when she saw it was already fifteen minutes after three. Over by the entrance, the hostess was looking at Simone as if she thought she’d been stood up. Simone was starting to think the same thing. Damn, she didn’t think Drake would do something like that. Then again, this was just another example of her bad taste in men.
Telling herself she’d give Drake another ten minutes, she picked up a menu and
opened it.
Simone was just drooling over the picture of the New York style cheesecake in the desserts section when she realized someone had come up to the table. Thinking it was the waiter, she lifted her head to give him a smile. But as her gaze traveled up a pair of legs encased in tight-fitting jeans, then on to a trim waist and broad, muscular chest, she decided it definitely wasn’t the waiter.
As her gaze continued upward, she saw that the guy’s face was just as gorgeous as the rest of him. Dark hair, a wide, sensual mouth and a chiseled jaw with a slight trace of stubble had him looking as if he’d just stepped off the cover of GQ. Or one of her romance books.
Please God, let this be Drake Parrish.
Giveaway
Paige is giving away the following prizes at the end of her tour:
Grand Prize: signed print copy of DEAD SEXY (US only)
2nd Prize: $10 Amazon Gift Card (US only)
3rd Prize: eBook copy of DEAD SEXY

8/08- Reading Between the Wines
http://www.readingbetweenthewinesbookclub.com/

8/09- Swept Away by Romance
http://www.sweptawaybyromance.com/

8/14- Miscellaneous Thoughts of A Bookaholic
http://miscellaneousthoughtsofabookaholic.blogspot.com/