It was You Blog Tour: Spotlight & Top Ten 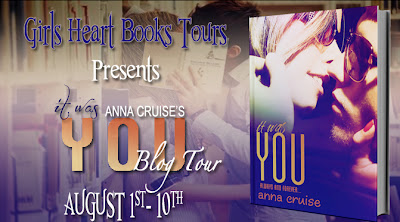 Spotlight
It Was You
By Anna Cruise
Publication Date-February 28, 2013
Published By- Mission Bay Publishing 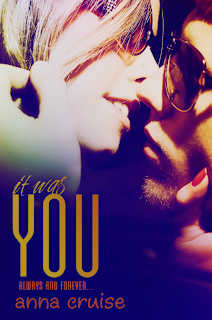 Abby Sellers knows what she wants.
Enduring eighteen years in the shadow of her identical twin sister, Annika, she wants a fresh start. A chance to create her own life, separate from her conniving, deceptive twin.
Surprising both her family and friends, Abby ditches her plans for college and enrolls at a new school instead. There, she encounters West Montgomery, a sexy fellow student who immediately disarms her with his good looks and charm. West takes a liking to Abby and she suddenly finds herself walking a thin line, fabricating a fictional life created not by lies but by omission. She soon discovers West has secrets of his own, secrets that he's not altogether interested in sharing.
Out from under the shadow of her twin, Abby's life—and her relationship with West—blossoms. When Abby leaves town one weekend, something unthinkable happens and her relationship with West is shattered. Reeling from the discovery, Abby fears all of her plans have backfired and she's created a mess for both of them, a mess that no one can clean up.
But West isn't willing to let her go that easily. When he forces her to confront secrets they've both been hiding, Abby must decide more than if she's willing to forgive and forget. She must also decide just what kind of life she wants...and who she wants to live it with.
ADD ON GOODREADS 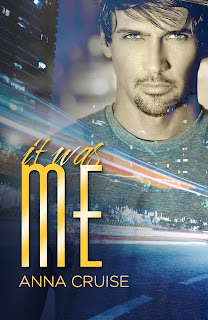 All West Montgomery wanted was a vacation. A week-long stay in Tucson with Abby and her parents, a chance to get away for the week, the opportunity to get to know her family a little better and maybe carve out a little alone time with his girlfriend.
What he doesn't count on is finding a way to resume his baseball career.
Encouraged by Abby and her father to attend a MLB open tryout, West discovers that he can still play ball—well—and he suddenly becomes the hottest commodity on the field. Overwhelmed with offers and possibilities, West knows that whatever choice he makes will affect more than his baseball career. It will affect his future with Abby.
Professional baseball was always his dream, but Abby was a new dream come true. He doesn't want to choose between them, but in order to fulfill one of those dreams, West will have to.
Because he knows it's all on him. 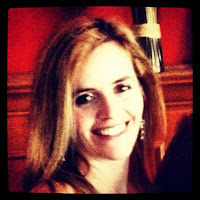 Top 10 ways you love to relax
Relax? What is that? I have needy kids and demanding cats and a schedule that spirals out of control on a daily basis. I never relax.
However, I try. And, more often than not, I try with alcohol. Yeah, call me a lush. I won't hate you. Or say you're wrong.
So here, in no particular order, are my top 10 drinks for trying to get my tightly wound self to relax.
Alright, there you have it. My top ten drinks, which, in reality, are my top ten ways to relax. Never all in one night...because then I would never get anything done.

Check out the Facebook Event for the tour.
Posted by Stacey at 12:00 AM