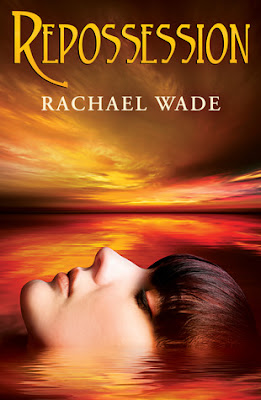 Skylla only knows that she has been kidnapped and held prisoner by the foreign invaders and their human allies. And that the world is ending. Or so the humans think. The invaders have made it clear that their arrival is one of hostile intent, and as their takeover spreads, so does the panic across the globe. No one knows how to defeat them, or if it’s even sane to try.

Jet, Skylla’s human captor, is up for the challenge, though. A traitor in Skylla’s eyes, he is working with them. But Jet has his own agenda; one that doesn’t include babysitting Skylla or helping the enemies. And as the human race struggles to keep the invaders from achieving their goal, Jet and Skylla’s paths collide to reveal the truth behind Skylla’s abduction.

The invaders are headed for the water. Jet is headed for the water. But that’s the last place Skylla wants to be. That’s where the future of humanity lies, and where the bridge to their yesterdays was burned. On a mission to take back what is rightfully theirs, Earth’s population is determined to make sure this isn’t the end. But some endings were never theirs to begin with.

Here's a little teaser from Repossession..


“I squirmed in his hold, but it didn’t take me long to give up. His grip was too strong. My arms laced around his neck and I glared up at him. “That sounds more like you having your way until you decide to let me have mine.”
“Yeah, that’s about right.”
“I don’t want you to carry me.”
“Well, what you want and what’s actually going to happen are two very different realities.”
“What kind of convoluted crap is that?”


“True convoluted crap. Now stop busting my balls and let me carry you.”
I sighed, making sure it was long and overly dramatic.” – Skylla and Jet

AUTHOR BIO
Rachael Wade is the Amazon bestselling author of The Preservation Series, The Resistance Trilogy, and the upcoming sci-fi series, The Keepers Trilogy. When she’s not writing, she’s busy learning French, watching too many movies, and learning how to protect animals and the environment. Visit her at www.RachaelWade.com and www.LightsOnOutreach.com, or come chat with her on Twitter via @RachaelWade.

Author links
Website / Goodreads / Twitter
Giveaway
For your chance to win an ecopy of Repossession leave us a comment with your email addy and we'll pick a winner in a weeks time.