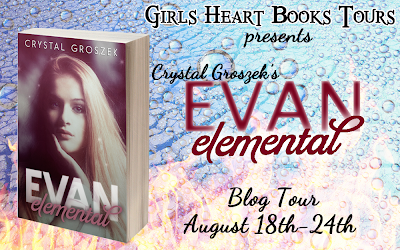 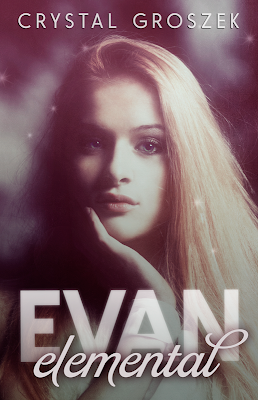 Orphaned at seventeen, Evan O’Fion has a choice: let her loss define her or rise above it and become more than she ever believed she was capable of. The problem? Giving in to the darkness that calls her is just too easy. Add in to the mix the ability to control the elements and travel across space and time, and Evan is pretty sure she’s going to lose it completely. Giving in would be a relief, but Evan is beginning to realize that there are people counting on her and that the mystery of her past is the key to it all.
As Evan struggles to put her party-girl ways behind her, she must learn to control her new abilities and face the fact that everything she thought she knew about herself was a lie. On top of it all, she has to face a new town, new home, new school, and a sexy dangerous guy…or two.
Dealing has never been Evan’s strong suit. How she’s going to handle it all and come out alive, she has no idea, but she’s stronger than ever and she’s not going down without a fight.
ADD ON GOODREADS 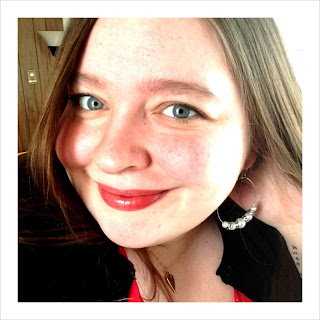 Crystal Groszek is the author Evan Elemental, the first book in a new paranormal romance series. Crystal began thinking about and plotting Evan Elemental while attending Utica College where she earned her bachelor’s degree in English Literature. She currently lives in upstate New York with her fiancé, Patrick, and her lovably insane puppy, Lenni.


“Evan meets Lex”
Two or three wrong turns lead me down a long corridor lined with paintings. I stop before a portrait of a woman with an expression of secret amusement painted across her face. She's dressed in eighteenth century garb and her soft brown hair is piled high on her head in a careful arrangement of curls. A ghost of a feeling passes through me. It starts with a twinge and erupts in a tremble. The stone heart, forgotten beneath the high neckline of my black cotton dress, burns a white-hot heat that radiates across my skin. I'm so engrossed in the sensation that I fail to notice that I'm no longer alone.
Someone nearby clears their throat softly and shakes me from my trance. Startles, I turn to face the intruder. My eyes fall on a devastatingly handsome boy. No lie, the boy is gorgeous. He has hair the color of wet earth and eyes that are almost black. He's dressed entirely in black, from his fitted t-shirt and tight leather pants down to his scuffed motorcycle boots. In his hand he's holding a soft-looking, well-worn, black leather jacket.
"Lost?" the boy asks. His voice is somehow light and dark at the same time and his dark eyes dance with amusement.
"No," I reply in a strangled voice that makes me cringe on the inside.
His mouth turns up at the corner and he takes a few steps toward me. Reflexively, I step back. The boy stops mid-step and smiles. He reaches up with his free hand and rubs his jaw thoughtfully, as if he's considering his approach. I feel heat rising to my face. In seconds I'll be neon pink and there's nothing I can do to stop it. My hands itch to tug at my clothes or the end of my ponytail, but I force my limbs to remain still and my shoulders straight.
There's something about him that makes me feel uneasy, but in a good way. It's like we're old friends who haven't seen each other in years because we're having a silent conversation that seems too intimate for strangers. My inclination is to break the silence with nervous chatter, which isn't something I would normally do, but I let it go on until it's so deep I'm forgetting to breathe.
I'm afraid that if I open my mouth and say something stupid it'll cause him to leave. I let his eyes, the perfect contrast to my own light gray, bore in to me until he seems to reach some sort of conclusion. He nods once and clears his throat again.
"I apologize, for the intrusion," he says, his lips turning up into an easy smile. "Evangeline?"
Unnerved, I nod. His eyes warm slightly and his smile widens. "Let me introduce myself. My name is Lex." He pauses and bows deeply before continuing; I stifle a giggle. "I work for your grandmother. She sent me to make sure you have everything you need and that you transition easily."
"What about Greta?" I manage, after a pause. I know she's leaving, but surely this is more her kind of thing. The boy in front of me is just that, a boy. The way he speaks is strangely formal, and doesn't fit at all with how he's dressed, but I doubt he's older than twenty.
"Greta has to leave and join Ms. Price. I'm afraid I'm all you've got." Lex gives me a half shrug and waits for me to respond. He takes a few tentative steps towards me. When I don't protest, he closes the rest of the space between us until he's standing unnecessarily close.
"When will she be back? Ms. Pr- my grandmother, I mean," I practically stutter, undone by the sensation that being so close to him causes.
"I'm not quite sure but, trust me, you'll be the first to know," he says with a wink.
I frown at his condescending tone. He's talking to me like I'm a mental patient about to have a meltdown any second. All things considered, I feel like I've been handling myself pretty well in the last few weeks. I square my shoulders and make to walk by him, back the way I came. A shock jolts me when he reaches out and gently grabs my arm, stopping me.
Lex looks down into my eyes, searching for something and coming up short. "Evangel..."
"Evan. You can call me Evan," I say, cutting him off, my voice stronger than I feel.
His hand falls away from my arm and I feel a pang of loss that I can't easily explain away. A dark look passes over his face and his eyebrows knit together. "Evan, then," he responds, his voice strained. His eyes no longer hold any hint of amusement.
I wait for him to continue but he doesn't say anything. I cock my head to the side and raise an eyebrow questioningly.
"Well," he says finally in that same strained voice. "I just wanted to let you know that if you need anything I'll be in the guest house. Greta will get hold of you before she leaves and fill you in on the details."
Without excusing himself, he saunters away and disappears down a bend in the hall. I'm left with a cold feeling that penetrates deep into my bones. I don't understand how he went from being polite, and maybe even flirty, one minute to giving me a distinct brush off the next. Something happened when he touched me and I have no idea what. Great. My first day here and things are already starting to get complicated.


Giveaway
5 e-copies and a $5 Amazon gift card.
a Rafflecopter giveaway 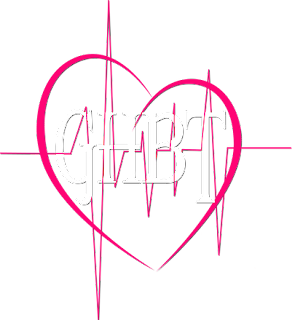