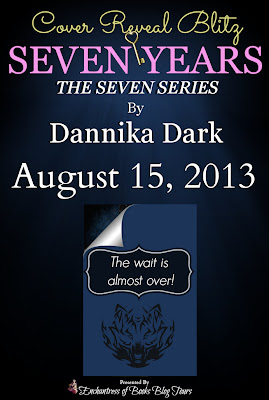 
Seven years ago, my world ended.
Seven years later, my new life began.
It's been seven years since Lexi Knight lost her brother in a tragic accident. On the anniversary of his death, her brother's best friend shows up unexpectedly - a man she hasn't seen since the funeral. He is no longer the boy Lexi once knew, but a dangerous-looking man with tattoos and dark secrets. He broke her trust and abandoned her family, yet what he reveals makes it impossible to stay angry. Lexi has been secretly infatuated with Austin since childhood, so finding out he's a Shifter just makes him sexier. Dammit.
Austin Cole has returned to the city where he grew up, and just in time. He's lived a hard life these past seven years, and the shadows of his past are threatening to destroy Lexi's family. It's time that she learned the truth about her brother, but there is a shocking twist that Austin never saw coming. Now he must protect her family when her mother and sister wind up in mortal danger. Will Lexi learn to accept the truth about who he is, and can Austin salvage a relationship from the ruins of their past? 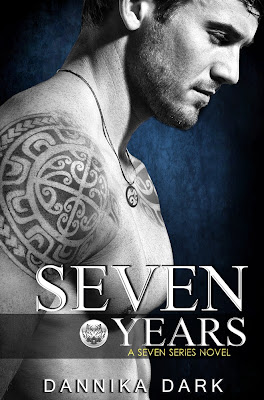 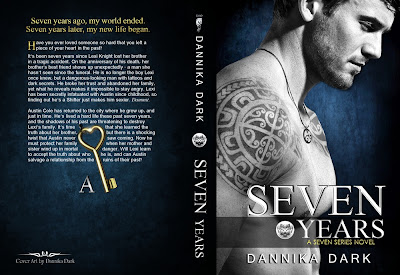 Excerpt
The closer I snuggled up to Austin, the more I craved that cozy familiarity—more than I would have cared to admit. I’d missed him. How do you not miss someone who was a huge chunk of your childhood and young-adult life who disappeared off the face of the earth? Almost every memory I had from kindergarten to age twenty involved Austin Cole.
The next thing I knew, my cheek rested on his bicep and I tucked my body against his like a puzzle piece. Just when I closed my heavy eyelids, he groaned.
Oh God, please don’t let him wake up now.
It was deep and guttural, and he shifted on his right side, facing me.
“You okay?” he murmured.
I didn’t reply. I played dead and pretended I was asleep. It seemed like a good plan to avoid the embarrassment of explaining why I was latched on to him like a man-sucking leech.
A rough, warm hand cupped my cheek and I felt him scoot down a little. Maybe he thought I had fallen asleep, because his thumb brushed over my right eyelid softly.
Five times. I counted.
When his lips lightly touched mine, my brain just shut down. It was a soft, almost nonexistent kiss, but I felt it all the way down to my toes. Then it zinged back up to my hips and damn if I didn’t moan.
Now we were both aware I wasn’t asleep and he was kissing me. But it didn’t stop. His kiss pressed a little bit harder and tingles roared through my body, and my breath was shaky and erratic.
When his tongue touched my lip, I quickly opened my mouth and kissed him back.
Hard.
Deep.
Kissed him like I’d fantasized about doing for the last seven years.
Author Bio 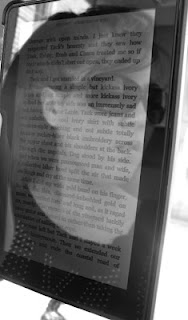 This is the segment where you learn a little more about who I am, so here's what I can tell you: I drink copious amounts of vitamin water placed precariously close to my laptop while writing. These are two healthy habits I have no intention of breaking. I'm a transplant living in the south, but I was born in the 70's to a military dad who moved us around the world.
When I'm not writing (which is all the time), I'm hunting down Indie music, watching movies, reading, eating Tex-Mex, discovering new ways to humiliate myself bowling, and burning up my laptop battery on the Internet. I have a relaxed, easy-going personality and don't like drama. I live with a cat who thinks she is a dog, or a goat (she eats plastic, so I'm not sure which).
Throughout my life, I've had insomnia. Counting sheep never worked and eventually I would imagine those sheep were the sole source of food after an apocalyptic battle where only thousands survived. I made up stories in a futile attempt to bore myself to sleep. The problem was, I got so wrapped up in my "head stories" that I would continue them through the following nights, changing it up each time to make it more exciting. Eventually, I started writing my ideas down - creating short stories, and then I discovered my love for poetry.
It's almost embarrassing how many spiral notebooks and stacks of paper I have of poetry and lyrics.
Another passion: digital art. I design all my book covers, marketing, and series art. I'm a very visual person and pursued photography as an avid hobby for many years.
I am not a YA author (I feel like I have to state this only because I've had a few people ask), but I think it's wonderful there are so many books available to teens in Urban Fantasy and Paranormal.
I am finally doing what I have always wanted to do: giving my characters a pulse through writing full time. I focus on adult urban fantasy romance, but I don't like labels and I enjoy blending genres to break out of the confines of predictability.
But it's what I love to do.
Danni
Author Links
Website/Blog | Twitter | FB Author Page | Goodreads