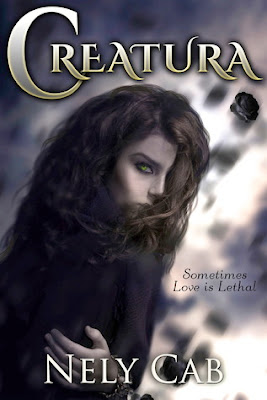 Isis can control her dreams. Or she could-until recently. The creature in her nightmares has been haunting her for months. As if being dumped wasn’t bad enough, now she dreads going to sleep. She decides to confront the creature and win back some of her peace; only, she finds that he’s not a monster and he’s not a dream.

A sacrifice for love, a shocking discovery and a jealous ex-boyfriend blur the lines between reality and dreams, making it hard to tell who the real monsters are.


“Why can’t you believe that I am real?” he asked. “Because you’re not. Look at you with your golden skin andwings, wearing a skirt. How can I believe you’re real?” “I can prove it.”
“Oh, yeah? I dare you.”
“Do you, now?” David raised his brow.
“Double dare. And you should wear a skirt that looks more like pants for the occasion.”
“Your clever quips are very delightful, my lovely. Are you positively sure about this?”
“I’ve been waiting for this for three months.” I crossed my arms over my chest. “Bring it on.”
“Very well. But I have to warn you, I’m quite the competitor.”
“Then there should be a prize for the winner to make it more interesting.”
“You’re proposing a wager?” I nodded.
“If I win, you’ll leave my dreams forever,” I said. He gazed at me for a moment. Maybe it was just my imagination, but I thought I saw a trace of a grin on his face.
“If I should win, you will believe me when I say I’m not a dream,” David said.
“If you say so,” I snickered. “I guess this is goodbye since I’ll be winning.” “And...” he said
“There’s more?”
“And...you will never again come here.”
“Okay,” I said. “Fair enough.”
“And...” he said again.
“That’s too many ‘ands’.”
“And...” he continued, “I bid you not farewell, but good morrow.”
David tipped his head as he disappeared, leaving behind a cloud of golden dust. 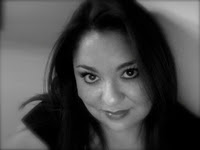 Nely Cab was born on December 9, 1974, in Matamoros, Tamaulipas, Mexico. She has lived and resided in a small, quiet South Texas town most of her life. Putting her Computer Accounting skills to use, Nely worked in banking for several years. In 2001, the author relocated to Monterrey, Nuevo Leon, Mexico, where she dedicated time to the study of culinary arts and the art of oil painting. After her return to the U.S., Nely resumed her employment in banking and later transitioned to the field of Social Work.

Today, Nely Cab writes from the comfort of her home, where she lives with her husband and son. Her life goal is to check-off Bucket List Item No. 95,623,351: To conquer the world. While she aspires world domination, Nely continues to work on her debut series Creatura.
Links
Website / Goodreads / Facebook / Twitter

We have an ecopy of Creatura up for grabs for one lucky winner. Leave us a comment with your email addy to go in the draw. Winner will be announced in 7 days.