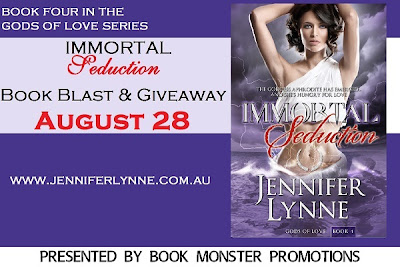 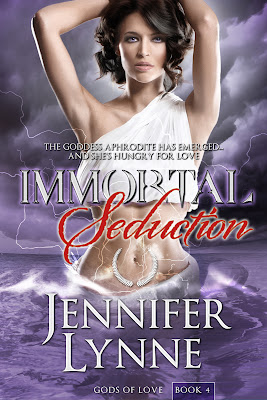 Some seek love, some seek power. For Aphrodite, the two are permanently intertwined. And when the goddess of desire hungers for love, who among mortals could possibly resist her power?


Fire fighters Ashur, Kieran and Hugh are damaged men. A tragedy that took the life of their colleague has left them scarred, both physically and emotionally. Love and power are nothing to them but empty words. Hoping to reignite their mother’s passion for life and love, the erotes bring these mortal men to Aphrodite’s attention.


But with the blackness inside Ash, Kier and Hugh becoming ever deeper, will it take more than the power of a goddess to save them? And if she loses that battle, how will she rediscover the path to healing for her own emotionally damaged heart?


You can find out more about the Gods of Love series and purchase books 1 - 3 at Jennifer Lynne's website - http://jenniferlynne.com.au/


Retreat. She must retreat before it consumed her, this darkness. She had enough darkness of her own to contend with. Reluctant tears pooled beneath her closed eyelids and her throat tightened, hurting her. The poor dear man.
Stupid, stubborn, and with a soul-deep suffering that would take more than a flash of her power to heal. Her safest option was to leave here now and seek out someone else who would benefit from her endless experience. Someone who would welcome her assistance. Someone who would be unable to resist her potent brand of desire. Someone who would ease this incessant physical ache in her womb as it squeezed tight, reminding her of its hunger.
There were…she concentrated. Yes. Several candidates within a mile of here who would welcome her with open arms. Several hundred, if she expanded her search. A billion lonely souls, calling out for her guidance and her love, if she wanted to abandon this moment and this man.
But did she? How could she leave him like this? So hurt, so…enraged. How could she justify walking away from that level of pain? Walking away would give truth to the nagging anxiety that her heart really had disappeared down a deep dark hole.
Perhaps I really have forgotten how to love. Heartless, or helpful? It is up to me to make that decision. I can choose, right now. One path. Or the other.
The night breeze crept across her skin like a sign from some of the gods, and in that moment she knew that Hephaestus was not laughing. Neither was Ares. The deformed god of blacksmiths and volcanoes, her one-time husband Heph who had been treated horribly at her hands, and her powerful lover Ares, god of war himself, both had hearts bigger than that of the goddess of love. She could feel their well-wishes in this quest to rediscover her essence.
Laughter began to bubble even as tears dribbled down her cheeks. When she flicked out her tongue to the side and caught one of them, the taste of the sea filled her mouth. Salt. A symbol of truth in some religions on this earth. There was no choice really, in the end. Immortality was a bitch if you had to live too long with self-loathing.
(copyright Jennifer Lynne 2013)
﻿ 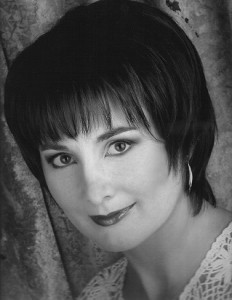 
Jennifer is giving away a $15 Amazon GC and a swag pack including bookmark, Gods of Love cover flats, pen and a cute koala bear crystal charm for mobile phone to ONE lucky winner at the end of her tour:
Open Internationally