**SPOTLIGHT, EXCERPT & GIVEAWAY** A Fistful of Evil by Rebecca Chastain

A Fistful of Evil 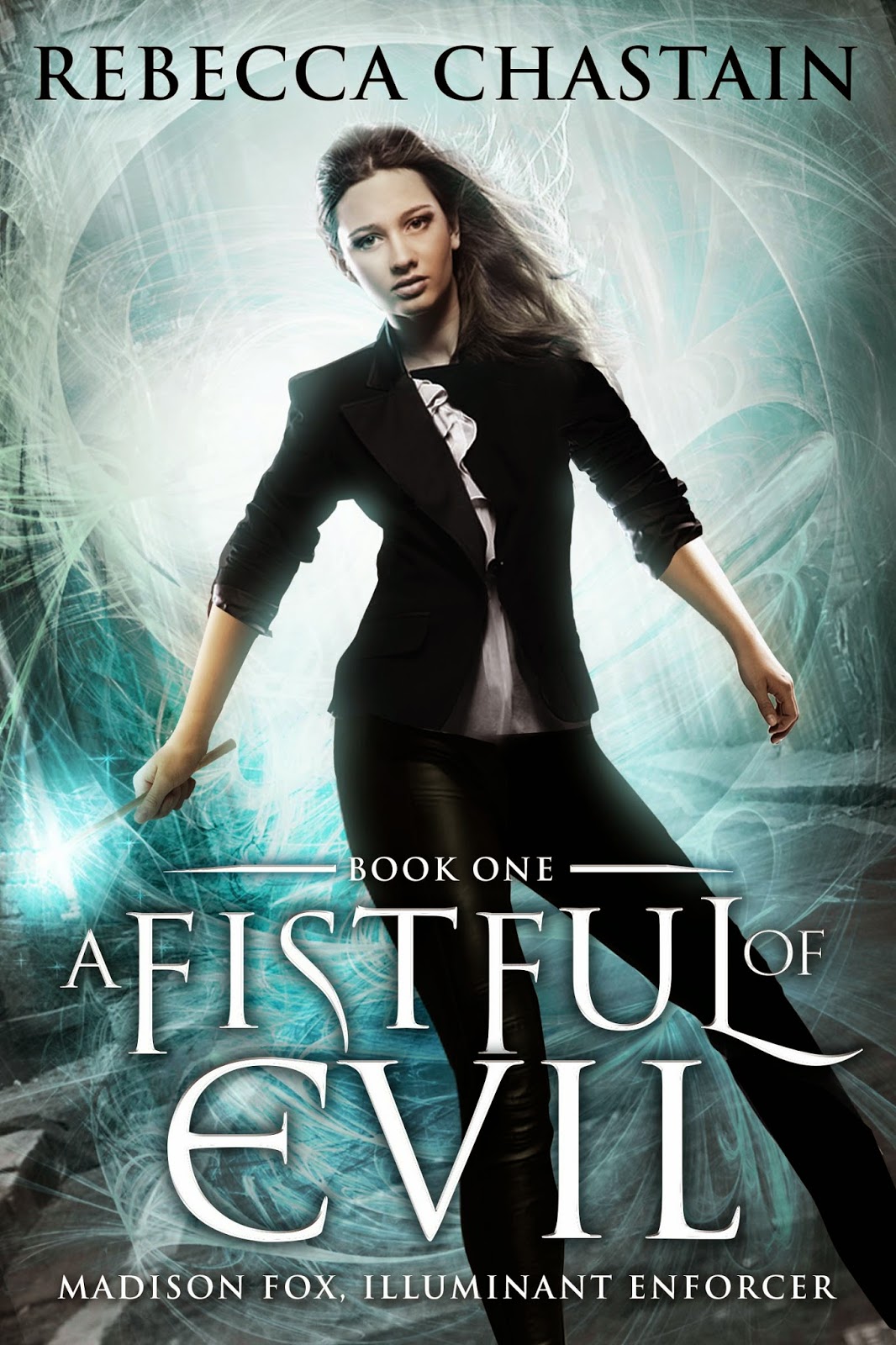 Madison Fox just learned that her ability to see souls is more than a sight: It’s a weapon for fighting evil. The only problem is she doesn’t have a clue what she’s doing.

On the positive side, her money problems are over, she’s possibly discovered her purpose in life, and her coworker is smoking hot. On the negative side, evil creatures now actively hunt her, and deadly experiences are becoming the norm.

When she thinks it couldn’t get worse, a powerful evil sets up shop at a local hotel’s video game convention, and it’s got its eye on more than the gaming geeks: it is hungry for Madison’s soul. Madison needs to become an expert illuminant enforcer overnight to save her job, her region . . . and her life.

If Stephanie Plum fought evil with magic, it’d look a lot like this.


“I can’t look around in soul—in Primordium while driving! I would crash.”
“You’re definitely going to have to get over that, Madison,” Rose said with absolutely no compassion. “Not while I’m in the car, though. Pull over here. You look for evil, I’ll look for firemen.”
“That’s hardly fair,” I grumbled. I pulled over in a turn-around space near a fire station. We both got out. I studied the scenery. A few homes across the road. A lot of BMWs, Corvettes, and Cadillacs zooming past on Auburn-Folsom Boulevard. A field behind the fire station with a couple of hedges and a patch of blackberry brambles. I did my own quick search for firemen. I could really do with a dose of handsome.
“Is there some evil, maybe over there?” Rose gestured to the fire station. “Maybe we should take a closer look.”
“What would we tell them we’re doing?”
“I think your car was sounding funny.”
“No, it wasn’t—oh. I see where you’re going with that.”
“You’re a quick one.” She rolled her eyes at me.
I blinked. Primordium replaced color, daylight, and familiarity. I braced my hands on my knees and stared at the gray dirt at my feet until gravity rebalanced itself. I took a quick peek at the sky. The cerulean cloudless expanse had been swapped with black—solid, unrelieved black. I could still feel the sun on my face, though I couldn’t see it in the sky. For all I knew, I was looking straight at it.
I shuddered and made a point not to look up again. Instead, I scanned the fire house. There were people upstairs and something small and white just inside the bay doors. A cat? I turned to look at Rose. She glowed a pretty, opaque white. It was nice to know that not everyone who worked for the CIA looked like they had a sun stuck up their butt. Unlike Kyle, Rose’s features looked like they were cast out of pure white marble, not radiating light. She was also in possession of one of the cleanest souls I’d seen in a long time, aside from my own and Kyle’s. Even if I was dangerously deep in a world I knew nothing about, it was reassuring that I was on the good side.
Now why hadn’t I thought to look at Mr. Pitt’s soul?
Because you’re trying not to use this sight, remember?
Too late for that.
I scanned the field. Only the blackberry brambles glowed. They were bright white, a mound of light with tendrils stretching across the dead field. Normally blackberry bushes tended to look sinister with all their thorns and the tenacious, mindless way they choked out other plant life. Now they looked like a beautiful oasis in a field of death.
I knew there had to be wildlife moving among the dead grasses, but the dark stalks were too dense for the small white bodies of rodents and birds to be visible from a distance.
I was about to switch back to normal vision when I saw it. Close to the edge of the fire station, hopping along unaware of my presence, was an imp. It was a little field mouse of an imp; I would have missed it if I hadn’t been looking so hard.
“There’s an imp over there.” I pointed.
“Oh, goodie. Maybe I can peek in a window. And maybe they’ll be having a naked wrestling contest.”
Rose sashayed across the gravel, heading straight for the imp.
“You can’t see it, right?”
“Nope. Take your time.”
I trailed after her. In its own dark and sinister way, the imp was remarkably cute. The ones in the restaurant had looked like chinchillas, and this one was a baby one. Adorable. I flashed back on the prominent memory of the creatures jumping at Kyle. Maybe I’d overreacted. He hadn’t seem the least bit frightened. Maybe they were just cute. All I would have to do was . . . whatever it was that Kyle had done. Squint or something. Instincts would kick in, and poof, no more imp.
Unfortunately, the only instincts babbling in my head were the ones telling me I needed to go the other way, not toward the harmless-looking fluff of evil. Don’t quit before you try, I scolded. You got this job because people knew you could do it. Get busy proving them right. I tiptoed closer.
Rose was oblivious in her hunt for more tangible prey. I was starting to believe my own hype, too. It’s so small. How bad can it be? 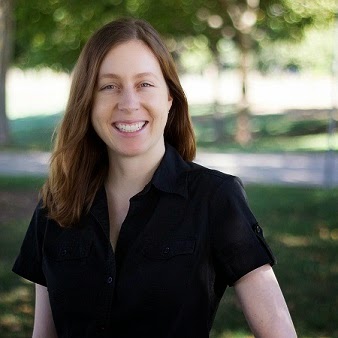 Rebecca Chastain is the author of MAGIC OF THE GARGOYLES, a fantasy novella, and A FISTFUL OF EVIL, an Amazon Top 100 Fantasy Bestseller in the United States, Australia, and Canada. She has found seven four-leaf clovers to date, won a purebred Arabian horse in a drawing, and once tamed a blackbird for a day. Dreaming up the absurd and writing stories designed to amuse and entertain has been her passion since she was eleven years old. She lives in northern California with her wonderful husband and two bossy cats.

To go in the draw to win an ebook of A Fistful of Evil, leave a comment with your email addy so we have a way to contact you.
Winner will be chosen and contacted via email on the 21st May. 2015.