Welcome to our stop on the Guardians blog tour. ^_^ 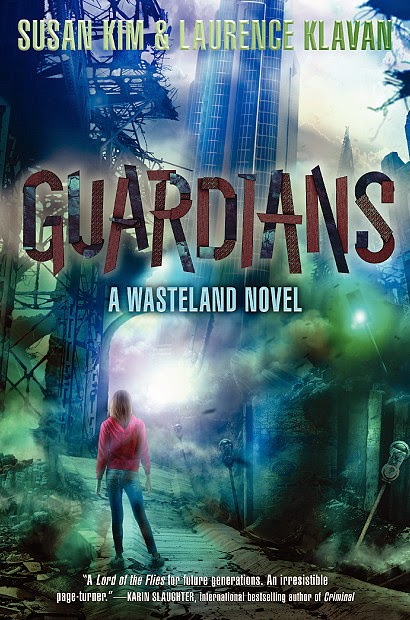 The Emmy Award-nominated and Edgar Award-winning duo of Susan Kim and Laurence Klavan deliver a heart-pounding finale to the postapocalyptic teen world of the Wasteland, filled with dramatic twists and turns. Bestselling author of Criminal, Karin Slaughter, called Wasteland "a Lord of the Flies for future generations. An irresistible page-turner."

No one dares to leave the District—the towering structure of glass and steel that is their protection against the unruly bands of Outsiders that roam Mundreel and the deadly rain that carries the disease that kills all over the age of nineteen.

This skyscraper stands amid the urban devastation, the city rumored to have once been called "Montreal." Esther and her allies have created a haven on the rooftop, a garden that flourishes, and a home for her new baby, hidden from all but the very few who know her secret. But as Gideon's power grows and factions form, the ultimate darkness is born from greed, and Esther must find a way to save the citizens from themselves.

SUSAN KIM is a playwright, TV writer, and author. Her two graphic novels w/co-author Laurence Klavan, “City of Spies” (artwork by Pascal Dizin) and “Brain Camp” (artwork by Faith Erin Hicks), were published by First Second Books in 2010. “Flow: the Cultural Story of Menstruation” (co-written w/Elissa Stein) was published by St. Martin’s Griffin in 2009. Plays include the stage adaptation of Amy Tan’s The Joy Luck Club (Dramatists Play Service) and various one-acts that were produced in the EST Marathon, including Death and the Maiden, Rapid Eye Movement,Dreamtime for Alice (Dramatists Play Service and Farrar Strauss), and Memento Mori (Smith and Krauss). Her work has been produced internationally. Ms. Kim has been nominated five times for the Emmy and four times for the Writers Guild award for her work in both non-fiction and children’s TV; she won a WGA award in 1996 for Best Documentary. She lives in New York City, teaches dramatic writing in the MFA program at Goddard College and currently blogs for the Huffington Post.

LAURENCE KLAVAN wrote the novels, “The Cutting Room” and “The Shooting Script,” which were published by Ballantine Books. He won the Edgar Award from the Mystery Writers of America for the novel, “Mrs. White,” co-written under a pseudonym. His graphic novels, "City of Spies" and "Brain Camp," were co-written with Susan Kim and published by First Second Books at Macmillan. His short work has been published in The Alaska Quarterly, Conjunctions, The Literary Review, Gargoyle, Louisville Review, Natural Bridge, Pank, Stickman Review, Ellery Queen's Mystery Magazine, among many other journals, and a collection is forthcoming from Chizine Publications. He received two Drama Desk nominations for the book and lyrics of "Bed and Sofa," the musical produced by the Vineyard Theater in New York and the Finborough Theater in London in 2011. His one-act, "The Summer Sublet," is included Best American Short Plays 2000-2001. 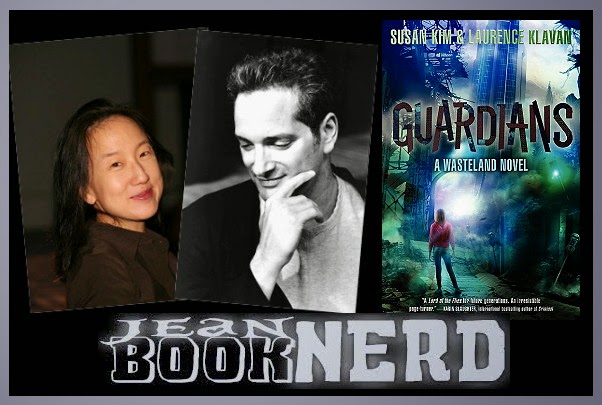