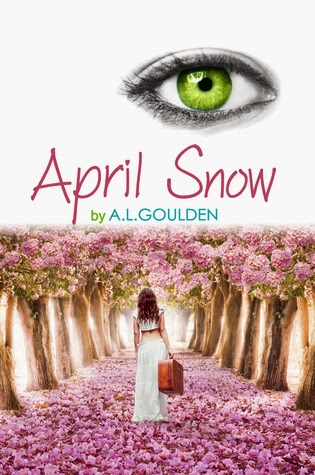 Quinn has a secret, Jack has a stalking problem, and Alex has a plan that doesn’t include signing divorce papers. In the last nine months Monica has embraced the spectacular devastation of an unpredictable lust and unexpected love. She’s made one terrible decision after another in the wake of meeting Quinn Matthews and spiraled into someone she doesn’t even recognize. But the fog is lifting, and she’s becoming the only one able to see things clearly. Monica finally knows what she wants, where she’s heading, and in who’s arms she’ll be in when she gets there.
Through a provocative affair and devastating separation Monica Waters has tried to grasp her desire and love for two men. This spring, her love will be tested once more in the finale of this emotionally charged and sexually explosive series.

“Take off your clothes,” he says in a deep gravelly voice.
Yes Sir. She doesn’t hesitate to lift her sweater, but clings to the ball of warmth when the cold air scrapes her soft skin.
“All of them,” he adds.
She drops it to the floor and unbuttons her jeans, tugging hard on their elastic grip to her legs. Her socks get sucked off with them in the final pull. Her fingers are icy as she slides her panties to the floor. He stands perfectly still with his hands to his sides, giving away nothing as she unhooks the clasps on her bra. She holds the cups as cover a moment longer, searching his stoic face before dropping it to the side. His eyes study the way the light accents the right side of her body. She feels his gaze glide across her flesh, leaving a burning trail behind.
“On your knees, close your eyes and don’t move.”
She does as told, deaf to anything above the sound of her own pounding heart until the crack of his knuckle. It was the sign of his tension building, which was the most exciting part of these games. She knows she has just as much control over him. He steps towards her and each vibration through the floor shoots chills up her exposed thighs.
When he doesn’t stop she turns her head slightly to follow his spicy scent, but soon he’s ascending the stairs and gone. She hears him continue towards their room, so she waits, eyes closed, branding every sound to memory. An electric city bus passes, and then then a distant foghorn blows before a Moped buzzes down the quieting street. Things stand still and she no longer hears anything in the house.
Minutes seem like hours when you’re naked and alone in a cold room. Still no sounds other than the occasional creak of the old Victorian house. Monica opens her eyes and scans the darkness to orient her focus. She looks down admiring the way the blue light highlights her nipples.
How long is he going to be? Do I really just stay here like this? Shivering? It’s freezing in here. She looks out as the Christmas lights still on the house across the street go dark. Did he leave me here? Is this his punishment? Or is he testing me? She sits back on her heels and exhales with frustration.
It’s gotta be nearly twenty minutes already. This is crazy. Just as she starts to get to her feet, she hears a squeak a few feet behind her. Judging by his sharp look she drops back down and faces the empty fireplace.
“I didn’t tell you to get up.” 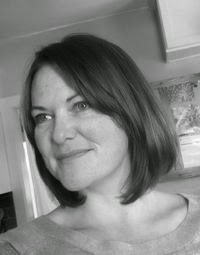 A. L. Goulden has a BFA in Film Production from the Academy of Art University in San Francisco. Her love of a good story came way before college, but when numerous instructors and peers praised her dialogue she realized her creative writing hobby was a skill worth honing. Her 18 year career in interior design, production design and art direction for film and television have spun a unique perspective on visually emotional tales of relationships and the thread that ties all things together.