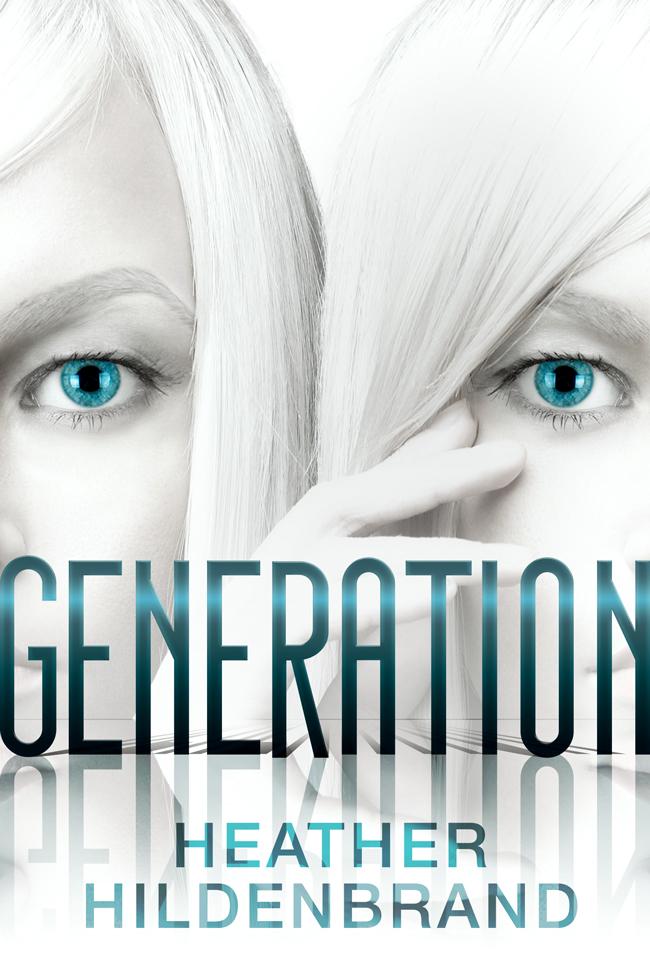 After months of pretending to be Raven Rogen, Ven feels less like a clone and more like a human than ever. But when Raven’s father, Titus—the same man who engineered Ven—discovers her plan to escape, everything she’s worked so hard for is taken away in one explosive moment.Now she’s imprisoned in Twig City, the secret warehouse where she grew up. She spends her days plotting ways to get back to the outside world, determined to topple Titus’s empire and free every last Imitation. But Titus’s reach is extensive and his plans are more deadly than she realized.In the shocking conclusion to the Imitation series, one wrong move could mean the end for Ven and everyone she’s come to love.


AVAILABLE NOW FOR PRE-ORDER ON AMAZON.COM


Haven’t Started the Series Yet?
Get Imitation for Your Kindle or Pre-Order Your Paperback Coming May 19! 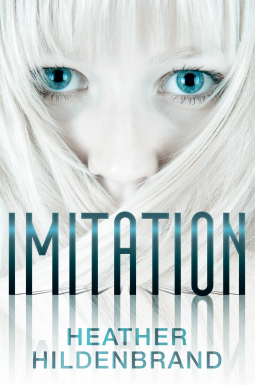 Everyone is exactly like me. There is no one like me. Ven wrestles with these contradicting truths every day. A clone of wealthy eighteen-year-old Raven Rogen, Ven knows everything about the girl she was created to serve: the clothes she wears, the boys she loves, the friends she loves to hate. Yet she’s never met the Authentic Raven face-to-face. Imitations like Ven only get to leave the lab when they’re needed—to replace a dead Authentic, donate an organ, or complete a specific mission. And Raven has neverneeded Ven . . . until now.When there is an attack on Raven’s life, Ven is thrust into the real world, posing as Raven to draw out the people who tried to harm her. But as Ven dives deeper into Raven’s world, she begins to question everything she was ever told. She exists for Raven, but is she prepared to sacrifice herself for a girl she’s never met?
Coming Soon!
Get Your Copy NOW!
Kindle Version  or Pre-Order Your Paperback

Bonus Scene from Linc
*Two Months After the End of Deviation*

The car is warm despite the chill outside. My window has fogged and I shift trying to get a better view. My legs cramp at being bent so long. I stretch them slowly, first right and then left. My knee pops and I wince. Anna looks over, an apology on the edge of her lips.
“I’m fine,” I say.
She presses her lips together and I know what she’s thinking. We could leave. But neither of us is willing to give up with so little to report back.
The mission is to watch Marla, the woman Titus uses as his gatekeeper out of Twig City. She’s one option among a scant few that we’ve come up with as a way in to look for Ven. Melanie suggested we follow her and try to find a weakness, something we can use against her. But the woman is a robot. She goes to work, she comes home, she watches The Biggest Loser. If we don’t find anything tonight, we’ll move on. I need to watch, to spot something we can exploit. I can’t do that through frosted glass.
Maybe my breaths are too heavy. I will myself to calm down. Anna’s still watching me, her brow furrowed like she’s still trying to come up with a way to fix me. If she only knew.
I pretend not to see her and stare through the window. Outside, the darkness is lit by the soft glow of the street lamps but it’s eerie to me. Shadows encroaching on the light. Monsters plotting. Everything in my life feels like a damn threat these days.
“You could climb in the backseat,” Anna offers finally.
I sigh. Anna’s always trying to please others.
“I’m good,” I repeat, pretending the stiffness doesn’t linger when I reposition my legs and tuck them underneath the dashboard. We’ve been here six hours and counting. Not how I wanted to spend the night—with a girl who isn’t Ven.
As usual when I think of her, I wince at the ache it brings. Anna’s gaze sharpens as she studies me across the shadowed interior of Melanie’s car.
“She’s fine, you know,” Anna says.
I consider pretending not to catch her meaning but it’s no use. I’ve been an open book with a harsh ending for months now. I pretend to stare at Marla’s townhouse at the end of the street but I don’t register a damn thing about it. Inside my head, Ven’s eyes blink back at me, trusting. Her lips pucker affectionately. All of the images are reminders that I failed her.
“How do you know?” I ask and hate the tortured sound of my own words.
“Ven is a fighter. She always has been. She’ll find a way to be okay.”
I ran a hand over my hair, rubbing hard as if that will erase the images that taunt me. “You sound really sure about that. But you can’t know. Not really. She’s in there and we’re out here and no one has even seen her.” Anger, helpless rotten fury, wells in my veins. Without meaning to, my hands ball into fists in my lap.
“He won’t kill her,” Anna says. I don’t know whether to be relieved or dismayed that she sounds so sure. Anna can be hopeful to the point of naïve. But right now, it’s all I’ve got to cling to. “If he was going to do it, he would’ve done it long before that night,” she adds.
I lean my head back on the seat, giving up the pretense of actually performing any recon. “How do you do that?” I ask.
“Do what?”
I look over in time to see her blink at me, so unaware of her own strength. Like Ven. I grimace, shove that aside, and force myself to focus on the present. “Be so optimistic all the time,” I say. “Even when things look completely hopeless you’re upbeat.”
Sh shrugs. “My Authentic was that way. Maybe she influenced me. Maybe it’s partly my personality.” She sounds uncertain and I glance sideways at her.
“And the other part?”
“Families don’t give up on each other,” she says. And it’s a matter-of-fact kind of thing that knocks me for a loop. Guilt gnaws at me. She’s right. And she’s family too. All of them are now and I’ve been so wrapped up in losing Ven and trying to get her back, I’ve forgotten all of them are messed up too.
“You’re right,” I say, forcing myself to sound like I mean it. For Anna’s sake. I twist to face her squarely. “We are family. And families always fight.”
She smiles at me but I look away. I don’t know how to tell her that particular kind of smile, the warm, fuzzy feeling it gives, reminds me of Ven. I don’t deserve a smile like that when I lost her to  a man like Titus Rogen.
I clear my throat and look around for something to say. “How’s your arm?” I ask.
She holds it up and even in the dim lighting I see the scar is already fading. “Much better,” she says.
I grunt, glad to see the infection didn’t cause permanent damage. Cutting out a GPS tracker is risky business. But she’s right, it looks a lot better. Much more healed than my sorry ass broken heart. I look up at Marla’s house one last time and start the engine. There’s nothing for us here. We’re going to have to do this another way.

Want More Bonus Scenes?
What About More  Information about Upcoming Release?
Subscribe to Heather’s Newsletter and Get it All in Your Inbox!