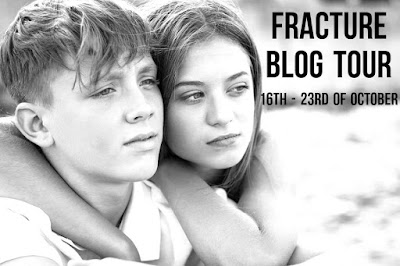 Today we kick off the Fracture blog tour. We have a few special treats for you today, an interview with the lead character, William. We also have an awesome giveaway that you won't want to miss.

A series not to be missed!!!

Let's go back to the beginning where it all started... 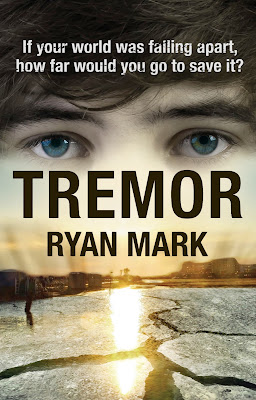 When someone close to William disappears, he decides it's time to take matters into his own hands. But in a land that is on the verge of tearing itself apart, is it a life worth fighting for? If your world was falling apart, how far would you go to save it?

You can read my review HERE 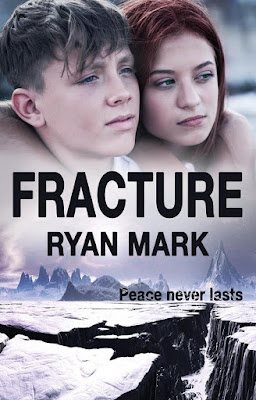 The Earth is starting to recover from the destruction left behind by the tremors and Terrafall. William's life is settling and he has finally found a place where he feels he belongs. With the opportunity to flourish, the Haven Development has been able to secure the future of its lands and people, bringing forth a period of peace and stability.

Yet something sinister quakes beneath the surface, hiding in the shadows, unknown to William and the Haven Development. Not a tremor, but a new enemy who threatens to tear apart everything William and his friends have fought so hard to protect. The peace is about to fracture...

What do you remember about life before the Fossil War?
I remember the world being a lot less shaky, and rubble didn’t fall from buildings every time the ground trembled. Life was easier too, we didn’t have to wait to get food, didn’t have to suffer and starve. I suppose everyone took that for granted, and when the war did happen and Terrafall took over, no one really knew what to do. We kind of just accepted it. I also remember my family being happy, my mum and dad together, the cottage we lived in. Happy times I’ll never forget, but never see again. I remember playing the piano with my dad, making up silly songs, making up sad songs, creating happy memories. I miss it all.

Do you think Earth will ever fully recover?
Not fully, but I think it’ll recover slightly. The world needed time to heal itself, and without human’s constantly draining from it, I think it will slowly get better. My dad said that time was the answer in his journal, and I think he was right. The Earth needed time, and now it has this.

What would you like to do with your life if things ever became normal- or as close to normal as possible?
I would love to become a teacher... I want to be a positive role model to future generations, and share with them what my dad shared with me. It’s only right that the message is passed on, for our sakes, and the world’s.

Althea seems like a strong girl and often takes on a leadership role, does this suit you?
Of course it does, I’m not really a massive fighter and try to avoid conflict if possible. I do try and keep Althea out of trouble though, but when that fails and there’s no other option, she’s brilliant at getting us out of some really tough situations. She’s awesome and I wouldn’t have her any other way. That being said, if Althea wasn’t there and I was faced with a life or death situation, or it was Althea who was in trouble, I wouldn’t hesitate to throw a punch, well, if my words couldn’t resolve things first! I’d fight if I had too, shoulder to shoulder with Althea.

What’s your greatest fear?
To lose my loved ones.

How do you usually relax?
If I can, I play the piano. It helps me when I’m angry too… I push my emotions into the keys and let the song take them away, and that’s when I’m able to relax. But if I can’t get to a piano, I like to watch the sea. Something about it makes all tensions melt away, especially if it’s calm and gentle. That sounds so cheesy, doesn’t it! 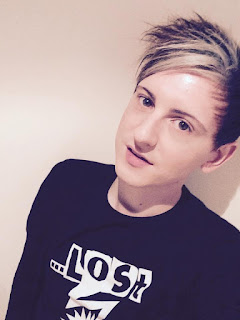 Ryan Mark lives in the rural county of Cumbria, on the outskirts of the Lake District. He is the author of The Tremor Cycle, a Dystopian series that takes place in a world devastated by war. His published works to date include:Tremor (2014), and its sequel, Fracture (2015). Ryan has worked within the education sector for several years, with his most recent position being in a pre-school, caring for children before they take their first big leap into primary school.

Up for grabs today we have a signed set of Tremor & Fracture for one lucky winner. To enter all you have to do is fill in the raffle form below.

This giveaway is open to international entries.

Winner will be drawn and notified when tour ends.


Thanks for stopping by.

Don't forget to follow along on the tour for more awesome facts, next stop is tomorrow with the lovely Sarah over at Things Sarah Loves.