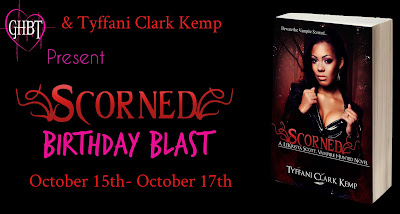 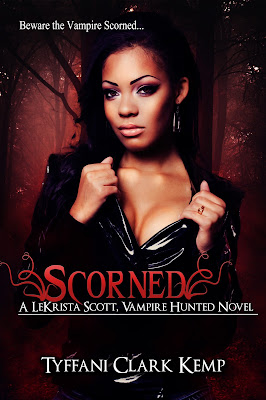 
LeKrista Scott has killed a vampire, and now his lover wants revenge.

After months of watching her from the shadows, Lucretious, a millennia old vampire, finally makes his attack during a party thrown by his maker, Roman - a party where Roman proclaims his protection over LeKrista. Roman steps in and saves her life, but not before she deals Lucretious the true death in front of his lover, Perdita. Now LeKrista is running for her life and Roman is trying to save it, but she’s not sure if he really cares or if he has some underhanded reason for keeping her alive. She seeks help from Mages but they refuse to help her, even though she exhibits high potential as a Mage herself. In a last ditch effort, Roman whisks LeKrista away, but Perdita finds them. LeKrista must eliminate Perdita one way or another. 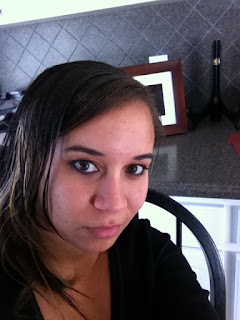 About the Author-
Tyffani Clark Kemp might be the quietest person in the room, but that just means she’s probably the biggest freak too. She is a multi-genre author with a gift for the written word and a desire to help all Indies reach their full potential. In 2012, she and her best friend Kimberly Fudge started SideStreet Cookie Publishing for authors who want to remain independent, but don’t have the time or the knowledge to do it all themselves. From the age of eleven she dedicated her life to writing and making sure she was good at her craft. Now, she passes that knowledge on to others. Her friends would describe her as determined and giving. She may be quiet, but she always has a story to tell.