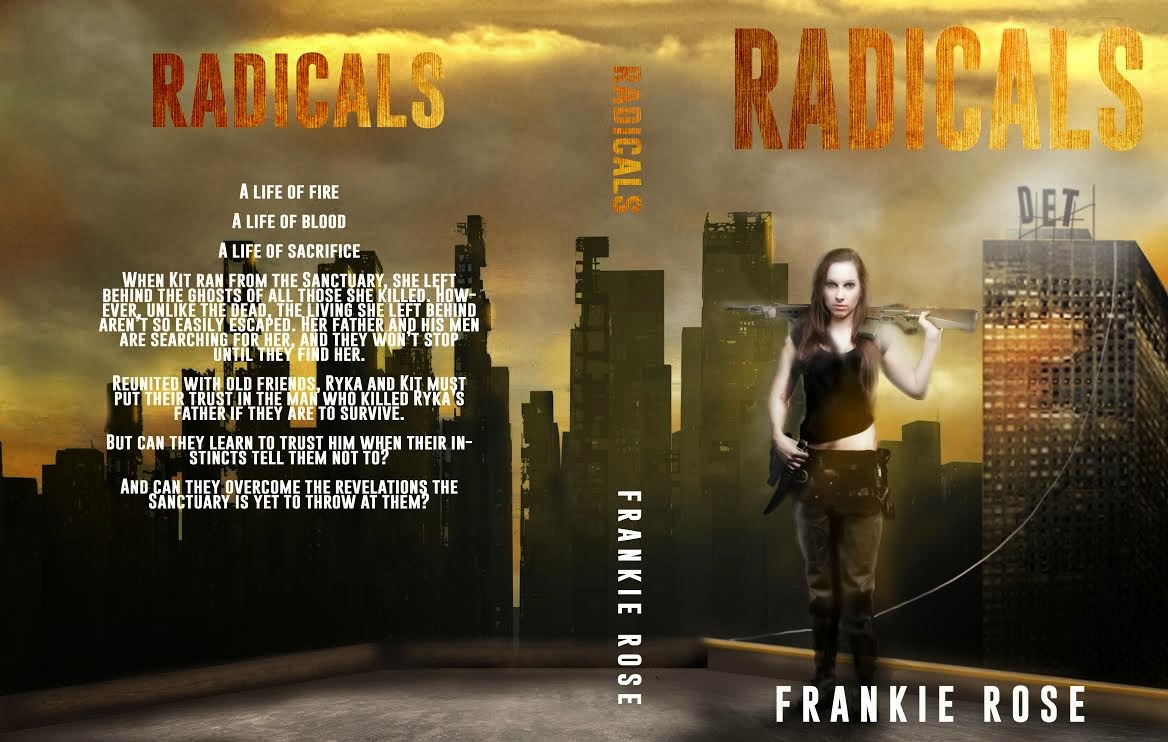 A life of fire
A life of blood
A life of sacrifice
When Kit ran from the Sanctuary, she left behind the ghosts of all those she killed. However, unlike the dead, the living she left behind aren't so easily escaped.Her father and his men are searching for her, and they won't stop until they find her.
Reunited with old friends, Ryka and Kit must put their trust in the man who killed Ryka's father if they are to survive.
But can they learn to trust him when their instincts tell them not to?
And can they overcome the revelations the Sanctuary is yet to throw at them?

Frankie Rose was born in Truro, Cornwall, but grew up in the north west of England. Now living in Australia with her wonderful husband, Frankie spends her time writing novels and scripts.
Among her guilty pleasures, she loves singing way too loud in the car with the windows down, dancing when she thinks no one is looking, and talking about herself in the third person. She really does like that.
Links: