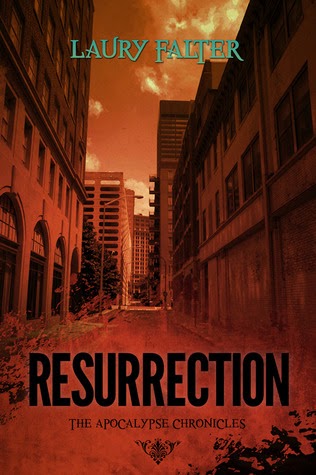 The second and final installment in the two-book series, Apocalypse Chronicles…a dystopian romance about five high school seniors who set out to cure an apocalyptic world of a contagious infection. 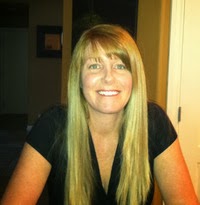 Find out more news and information about Laury and her novels on her:


"Stay back," he repeated.
He was bloody, soaked in it. But he wasn't concerned I'd run and embrace him. He wasn't worried about the Infected's blood covering him. There was something else on his mind.
In a disturbing change of course, he stopped and stood up straight before commanding in a steady tone, "Kennedy, take aim at me."
Take aim at me… His words rolled through my head. I tried to grasp their meaning but I couldn't.
"What?" I said, stepping forward.
"Stop!" he shouted, forceful enough to make me obey.
"The rifle," he said. "Aim the muzzle at me."
"What?"
"You heard me. Do it."
My eyes widened. I swallowed. "No…"
"Do it!"
"NO!"
Suddenly, he came at me, crossing the space between us so quickly I didn't have time to take a breath. His fingers wrapped around the muzzle. Then it was lifting in my arms, stopping where he placed it…with the opening at his forehead.
Every fiber of my being contracted.
This wasn't right. It opposed everything trained or innately bred within me. One of the three rules in firearms was to never, ever point the muzzle at anything you don't want to destroy. I wouldn't, I couldn't destroy him. Yet here he was, positioning the weapon at his head.
"No, Harrison!" I tried to pull away, astutely conscious that my finger was clear of the trigger guard, but he and all his strength drew it back. "Stop, damn it!"
The fury in his eyes was what ended the struggle. A single glimpse of it told me that he wasn't playing and wouldn't yield. He was lethally serious and he was going to keep that muzzle on him whether it was by my hand or his own.
My instinct was to release the gun, to let him have it. But I hesitated because I wasn't entirely sure he wouldn't pull the trigger on himself. The question that haunted me as we stared each other down along the length of the barrel was…why?
"What are you doing, Harrison?"
His lips pinched closed.
"Why are you doing this?"
A soft, quiet voice behind me answered for him. "He thinks he's infected."
"Tell him that he's not, Mei."
"He won't believe me."
"You're not infected, Harrison."
His nostrils flared but he maintained his stance, never wavering in his stare or removing his fingers from the barrel.
So I began to plead. "Please, Harrison, let go."
He heard me. His eyes twitched as he began to question himself.
"Let go," I whispered, wanting more than ever before to breach the distance rigidly in place between us. "Let go…"
His stare faltered, the intensity of it lessening, but still he didn't move.
"It's been more than sixty seconds," Mei announced quietly, as if she didn't want to disturb our private war.
It didn't happen instantly, but it did happen. His shoulders dropped, his fingers lifted from the barrel, and his stare finally, finally broke from mine.