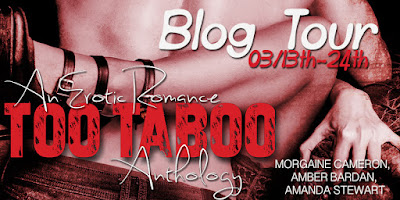 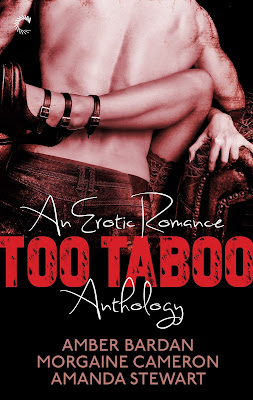 About: In the dark, no desire is forbidden

One stupid mistake. One moment’s lack of concentration. That was all it had taken to get me locked up in this underground bunker with a man who is demanding information I daren’t give him.

My captor is not what I’d expected. His shoulder length dreadlocks are caught up in a man bun and he has four piercings in his left ear, three in his right and a silver ring through his nose. His hair and beard are dark. In contrast, his eyes are lighter, a glorious, golden brown. They are deep and curiously sad. His skin has a warm mahogany hue that hints at a combination of races in his heritage.

He is huge, dominating this small space with his bulk, his muscles straining the cloth of his T-shirt tight over his chest. My eyes are drawn constantly to his tattoos. His right arm is an intricate full sleeve of color. On his left there is a crest and a motto in a language I don’t know.

This is a man who wants information from me. If he intends to torture me, I’m in serious trouble.

The only weapons I have are my wits and my body. There is only one way I’m getting out of here and it isn’t by fighting. Although Jake is doing his best to resist me, I know he wants me. And I’ve seen a flicker of something that intrigues me in the depths of those troubled eyes. Something that gives me a hint about his darkest fantasy.

I like to be forced. That’s what I’ll tell him. Let’s see how he reacts to that…

About Morgaine Cameron, Amber Bardan, Amanda Stewart
Amber Bardan
Amber is a #1 Amazon Bestselling, award winning, author, and member of Romance Writers of Australia, Melbourne Romance Writers Guild, and Writers Victoria.
After spending years imagining fictional adventures, Amber finally found a way to turn daydreaming into a productive habit. She now spends her time in a coffee-fuelled adrenaline haze, writing romance with a thriller edge.
She lives with her husband and children in semi-rural Australia, where if she peers outside at the right moment she might just see a kangaroo bounce by.
Find out more about Amber by visiting www.amberabardan.com
Find Amber: Website | Facebook | Twitter
Amanda Stewart


Thanks to the team at Harlequin and Carina Press, one lucky winner will receive the following: