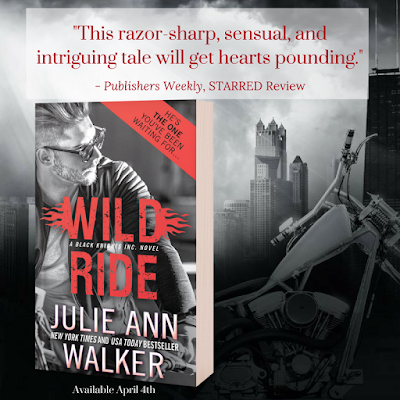 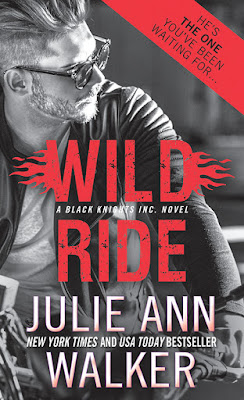 The hero we've all been waiting for...

Ozzie's tired of hiding, and Samantha may be the best-and worst—person to share his secrets with...


How was it possible she could not only like, but lust after a complete sociopath? A lying, gunrunning piece of shit?

That’s taking a penchant for bad boys to a whole new level, don’t you think?

Problem was, the Ozzie she’d gotten to know didn’t seem like a bad boy. In fact, she’d come to believe that everything she suspected about BKI was dead wrong. After years of dodging her, a few months ago the Black Knights had finally invited her on a tour of their shop. Ozzie had been her guide, and he had managed to convince her that the brusque men of BKI weren’t hiding anything nefarious, and that the big compound with its various outbuildings and huge factory warehouse was exactly what it was purported to be, a top-of-the-line custom bike-building shop that catered to an elite crowd of motorcycle enthusiasts who didn’t just want a form of transportation, but a piece of rolling art. He’d won her over with his smile, his razor-sharp mind, and his geeky penchant for all things Star Trek and eighties.

Her mind flashed back to a day six weeks earlier. Winter had finally released its icy grip on the city, and the first true promise of spring had hung in the air. Ozzie had phoned her at work, telling her it was the perfect day for a motorcycle ride and begging her to come for one. As soon as she’d typed up the last of her assignments, she had run out the front door of the Tribune Tower to find him idling by the curb on his big purple-and-green custom Harley.

The bike was a wonder of chrome and steel and whimsical paint.

The man was a wonder of muscle and strength and funny quips.

They had ridden along Lake Shore Drive for hours, watching the sun turn the waves on Lake Michigan to burnished gold. And she had fallen for him then. Just a little. Fallen for how easy he was to talk to. Fallen for how fun he was to be around. Fallen for the simple…joy he brought to her heart.

Beneath the bar, her knees shook. The gin, which usually gave her a warm, rosy glow, soured in her stomach. And emblazoned on the backs of her eyelids every time she blinked was the look of frightened sincerity in Marcel’s eyes when he told her who the Black Apostles, Chicago’s most notorious South Side gang, were buying their guns from.

Yeah, right. Easier said than done when she was sitting beside two arms dealers. But if she had any hope of blowing the lid off Black Knights Inc., of getting the evidence she needed for Legal to sign off on the investigative story she would write, she had to maintain the status quo. And lest she make Ozzie suspicious, she had to keep on keeping on as if she didn’t know what he was.

“Well, hello, Ozzie,” a pert blond in slacks and a formfitting maroon blouse slurred, sidling up to Ozzie like a cheerleader to a quarterback. Somehow she managed to squeeze herself between Samantha and the lying asshole. That’s how Samantha was going to refer to him from here on out. Not Ozzie, but Lying Asshole. Lying Criminal Asshole. “My friend over there told me I should come and introduce myself to you.”

“Oh, uh…” Ozzie said haltingly, glancing into the mirror at the women by the pool table. “Hi. Which friend is—”

“The redhead. Gloria. She was a brunette when the two of you hooked up.” The blond tried to bat her lashes, but the booze in her blood made the move look less sexy and more like she had glue stuck in one eye. “My name is Janie, by the way. And Gloria told me to tell you I have a really small…” She glanced around and leaned in close to whisper something in Ozzie’s ear.

Even though he was a lying criminal asshole, Samantha felt jealousy bubble in her guts, all green and gross and altogether obnoxious.

But it’s not for this Ozzie, she assured herself. It’s for the Ozzie I thought he was.

Fake Ozzie was wonderful. Fake Ozzie had walked around Lincoln Park Zoo with his face painted like a lion because they had passed the kiddie station and she had dared him to have it done. Fake Ozzie had hired a singing stripper telegram to stop by her apartment the morning of her birthday. When the “UPS driver” began to take off his shirt while doing his best Paul McCartney impression and serenading her with the Beatles’ “Birthday” song, she had never laughed so hard in her whole life.

Fake Ozzie had brought her chicken soup, the entire DVD collection of Orange Is the New Black, and two bottles of NyQuil when she came down with a wretched cold. He had knocked on her door and left all the stuff outside with a card that had the Starship Enterprise printed on the front. Inside had been an inscription in his decisive hand that read: Get well soon so you can…live long and prosper.

The laugh he managed when the blond trailed a bloodred fingernail over his jaw before turning to stumble back to her friends was forced and hoarse-sounding. If Samantha wasn’t mistaken, there was a slight flush on his cheeks when he pinned his eyes to his pint glass, refusing to meet her stare in the mirror.

“Sweet fuck all.” Christian’s face was the epitome of incredulity. “Do you have some sort of magical pecker?”

“I—” Ozzie began, but was cut off by a discordant jangle coming from Samantha’s purse.

Saved by the bell. She was a wreck, completely devastated, and the last thing she wanted to talk about, to think about, was Ozzie’s penis. His lying, criminal—likely big and lovely—penis.

She rummaged around inside her purse, pushing past a Snickers bar, a can of Diet Coke, and all the various notebooks, pens, pencils, and whatnot. But her phone was nowhere to be found. She was left with no other recourse. She upended her purse, spilling its contents onto the bar.

She could feel the men beside her raising their eyebrows as she located her phone. Ozzie picked up a tampon from the pile, his expression bemused. Probably fake bemused. She slapped it out of his hand at the same time she glanced at her phone’s screen and saw she had a text from Donny Danielson, her best friend and mentor. Also, the man she tried to beat when it came to getting her byline above the fold.

Holding her purse beneath the bar and opening it wide, she used her arm to sweep everything but her phone back inside.

“It’s all essential to my daily life,” she assured Christian, keeping up pretenses when he leaned around Ozzie’s back to blink at her haul. Punching in her security code, she went to her text messages and felt her heart freeze into a solid block of ice.

Isn’t he one of yours? the message read, followed by a crime-scene photo of Marcel Monroe lying in a dirty alley somewhere, his dark eyes unblinking on either side of a gruesome, wet-looking bullet hole. Her mind flashed back to the crime-scene photos of her father’s murder. And the gin sloshing around in her stomach threatened to reverse directions.

Terror grabbed hold of her with sharp teeth and shook her savagely. She must have made some sort of noise because Ozzie asked, “You okay?”

She turned to him, a million thoughts spiraling through her head. Had Marcel fallen victim to the life of an Apostle, taken out by a rival gang member? Or had someone discovered he had talked to her today and decided to end him before he could give her more? Could that someone have been one of the Black Knights? Could it have been…Ozzie?

She searched for the truth in Ozzie’s eyes, but reminded herself that he wasn’t the man she had thought he was. He was a lying criminal asshole. There wasn’t one true thing about him.

“I…uh…” She had to swallow. Her voice sounded like she’d taken sandpaper to her vocal cords, and her heart was a lead fist pounding against her ribs. “I need to hit the ladies’ room.”

And get the hell out of Dodge.

Because if they’d killed Marcel, they wouldn’t hesitate to kill her too. Was that why Ozzie had texted her to meet him here for drinks? Because he planned to take her out back and put a bullet between her eyes?

Up for grabs is a paperback copy of book 1 in this series, Hell on Wheels.

This giveaway is for USA ONLY!!


You can also enter in to win a Julie Ann Walker gift basket:
http://books.sourcebooks.com/julie-ann-walker/