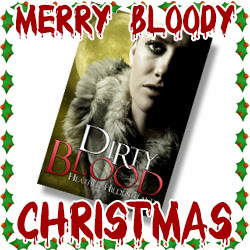 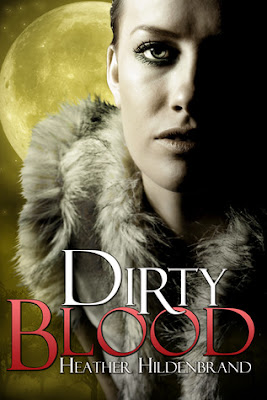 I killed a girl last night. I did it with my bare hands and an old piece of pipe I found lying next to the dumpster. But that’s not the part that got me. The part that scared me, the part I can’t seem to wrap my head around and still has me reeling, was that when she charged me, her body shifted – and then she was a wolf. All snapping teeth and extended claws. But by the time I stood over her lifeless body, she was a girl again. That’s about the time I went into shock… And that was the moment he showed up.

Now, all I can do is accept the truths that are staring me in the face. One, Werewolves do exist. And Two, I was born to kill them.
ADD SERIES ON GOODREADS
My Review
Excerpt
“So now what?” I asked. We were back in my room, after scarfing the
chicken my mother had left in the fridge. Jack had just called back to
say the search had been a dead end. There wasn’t even a trail to
follow.

“Now, we keep looking, and you don’t go anywhere alone.” Wes was
sitting in his usual spot, in my desk chair, twirling back and forth
in half circles with his feet.

“That doesn’t sound like much of a plan. We have no idea who’s doing this.”

“We have a few ideas worth exploring.”

“And does this group include me? Or do I get left in the dark
about everything?”

Wes stopped spinning and sighed. “It might include you. If you want.”

“You’re going to let me meet them?” I asked, surprised.

“I probably shouldn’t,” he admitted, “but Jack asked me to. He’s
called a Cause meeting for later, and you’re invited to come.”

“Do you want me to?” I had to ask, because even though he’d extended
the invitation, his tone seemed like he was hoping I’d say no.

I let out a frustrated breath. “I still don’t get why you’re here, if
you don’t want me to be a part of your world,” I said, putting
emphasis on the last two words. Because even though it was obvious
that our worlds were connected, it seemed like he was determined to
make sure they stayed separate.

Wes slid out of his chair and came over to sit by me on the bed. He
looked into my face with a gaze that seemed to penetrate straight
through me, and I found myself holding my breath. “You intrigue me.
I’ve never met anyone like you.” He paused, and then added, “It’s
probably a bad idea to involve you, but I don’t think I have a choice
anymore. And Jack thinks it’s best if you know what’s going on.”

The way he looked at me suddenly made it very important for me to know
his motive for including me. “You’re only inviting me because Jack
told you to.”

His gaze deepened and he leaned closer. “Why do you keep pushing me,
Tara?” he asked, quietly. “I’m trying to keep you safe.”

I squared my shoulders and gave him an even look, refusing to be drawn
into the spell of his eyes. “Well, you can stop. I just needed time to
process everything. But I’m not scared. And Jack’s right. I have a
right to know who is threatening me.”

“I don’t think you’re scared. I think you don’t know what you’re
getting yourself into. But like I said, I don’t have a choice. If I
hadn’t come, Jack would have.”

Irritation flickered in me. Every word out of Wes’s mouth was like a
rejection while the entire time, he looked at me like … well, like he
wanted a whole lot more than conversation. Or maybe I was imagining
it. The whole thing was becoming beyond frustrating to interpret.
“Well, maybe I’d be better off dealing with Jack then. You can save
yourself the trouble.” I started to get up, but his hands shot out and
grabbed my arms, holding me in place.

His face was only inches from mine now, and he was staring at me with
that same blazing intensity that made me think he was feeling
something besides just “protective responsibility.” I stared back
stubbornly, trying to remain unaffected. It wasn’t working.

Slowly, he raised a hand from where it still rested on my arm and
traced his fingertips down my cheek and into my hair. My entire body
reacted by going pleasantly numb. I inhaled the scent of crisp
leather, from where his arm hung in the air by my face, mixed with a
dried-leaf and pine smell that could only ever be Wes and made me
think of sunshine on bare skin. His fingers moved from my hair back to
my face, and that tiny gesture was all it took to awaken that polar
pull between us.

I wasn’t even sure who leaned in first, but by the time our lips met,
it was completely mutual. His kiss was soft at first but his touch
brought with it a heat that I’d never felt before. It radiated out and
spread into the rest of my body, like wildfire. He tasted like apple
cider and the woods in summer, and I knew I’d never tasted anything so
delicious, nor would I ever again. The kiss only lasted a few seconds,
and I tried to hide my disappointment when he pulled away so quickly.
He gazed back at me, his lips curved into a small smile.

“Does this mean you’ve officially chosen a side?” he asked, quietly.

His grin widened. “Are you okay? You look kind of distracted.”

“I didn’t exactly see that coming,” I admitted.

“Does this mean you’re okay with me coming today?”

“Probably.”
A little about Heather 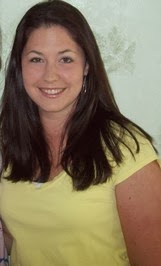 Author of Across the Galaxy, Whisper, and the Dirty Blood series. I write, read, and fuss at my kids. Oh, and I do laundry, lots of laundry. I'm pretty good at it, too. Sometimes I even read WHILE doing laundry - and fussing at my kids. I'm a multi-tasker.

Likes and dislikes? I love vintage tees, hate socks with sandals, and if my house was on fire the one thing I'd grab is my DVR player!
Find Heather on Goodreads
Giveaway
﻿
a Rafflecopter giveaway