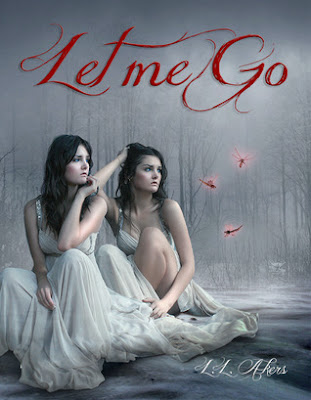 A scarlet dragonfly tattoo—meant to be a beautiful, family mark of freedom, but instead becomes a prophetic brand for those who wear it, to forever be suffering. Wounded and broken, they find themselves flittering back into the cycle of abuse that relentlessly clings to their family, a reality they can never seem to escape.
One mother and her daughters, bound by blood—torn apart by abuse. They begin their lives intertwined but are forced to fight for their survivals separately, struggling to hide their fear and undeserved shame from each other and the world. One of these women finds herself trapped—alone—and she battles to survive the terrifying darkness. With long hours of nothing to do but wait in fear, she grapples through her obscure dreams and memories of the past, sorting which memory belongs to whom: physically harmed, mentally damaged, raped, sexually abused, an unwanted pregnancy… and even the vivid memory of a dangerous dance with death in a last attempt to escape the shambles and horrors of a seemingly unchangeable situation.
Twin sisters, Gabriella and Olivia, dive blindly—and much too early—into adulthood. They are soon followed by their younger sister, Emma, all running from a not-so-idyllic past; chasing the happiness they believe they will find, by abandoning their childhoods to be “grown-up” and start their own lives.
Deeply evocative, Let Me Go is a coming-of-age story: the struggles of one mother and her daughters trying to survive life—marred by abuse and misplaced blame—and their need to reach peace, forgiveness, and reconciliation.


She couldn’t imagine her life without Jake. It wasn’t about the house or the job. Those could be replaced. It was about living—alone—without Jake. The more she thought about it, the more she realized she didn’t want to.
A fresh tear slowly rolled down her face when she realized how alone she had become and would be until the end. She’d already lost her best friend and sister, Olivia. She missed Olivia and felt like she’d lost a part of herself. She barely ever saw her or spoke to her. Olivia had changed shortly after coming home. When they did see each other, it was as if they were two strangers trying to find common ground, neither willing to share anything of substance. If they hadn’t grown apart, and she wasn’t so full of shame, she could call her now, or six months ago, and Olivia would have helped her figure it out. Too late now.
Gabby couldn’t talk to Emma either. Not only did she seem so much younger, probably wouldn’t even understand serious adult problems, but she was even more shut down and private about her life than Olivia was. And forget about Mom; she would just think Gabby was over-dramatizing the entire thing and change the subject. That would be a waste of Gabby’s breath.
It was as if their blood ties had been cut these last few years. After they all had gotten their matching tattoos, they had ironically flittered away, living their own lives, separating instead of uniting. Nobody seemed to care about anyone else’s life anymore.
Gabby stumbled into their bathroom, her head pounding from tension and crying, and stood there looking at Jake’s side of the counter. Empty. Not even a toothbrush left behind.
She looked behind the door and found one T-shirt still hanging on the hook. The sight of that one shirt gave her more happiness than she’d felt in six months, and she hoped it wasn’t clean. She held it against her face and took a deep breath, filling her nose and lungs with the smell of Jake: Ivory soap topped with a hint of his cologne and Jake’s own unique scent with an underlying trace of oil and shop smells, the fabric soft, worn in. This was one of his favorites.
Her heart ached for him and the pain he was going through for the lies she’d told. If she had only told him the truth to start with, she wouldn’t have had to blame this on lack of love. How could he even believe she didn’t love him? Who wouldn’t love Jake? His head had to be spinning; she knew hers was.

L.L. Akers is originally from the Midwest where she grew up climbing trees, haystacks, and haylofts—escaping into other worlds with a good book. She enjoyed playing cow-pattie hopscotch and outrun-the-bull with her siblings.

She now lives in the South, the silly wife of a serious man, and mother of: one very gifted and fetching male-tween, a chubby beagle that looks astonishingly like a mini-cow, a deranged terrier as well as five Koi fish, a herd of tiny but boastful lizards, and dozens of obnoxiously loud serenading frogs.

After a career in human resources, she now pursues life as a recluse writer; hanging out at home in her PJ’s with her iPad, Burt’s Bees lip balm and her posse of creatures. Regardless of her self-isolation, she can still be lured outside for brief moments by the scent of freshly mowed grass and a bowl full of cherries.

Let Me Go is her first novel, and book 1 of the Let Me Go Series – each book is a stand-alone, with no cliffhangers.