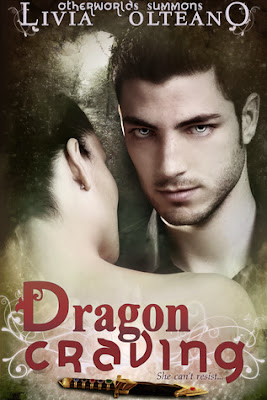 The world holds few secrets for Oracle Elana Anderson, or as her fans know her, Ela Deville. Successful author of paranormal romance, Ela, has a secret: not all her paranormal characters are quite that fictional. She hardly expected she’d trigger a chain of events that might bring about the end of the world via a pesky dragon. Rendered blind to visions of him, Ela’s only way to save her world is to keep the dragon close…very close.
Obitus, the only awake dragon in the Otherworlds, is determined to get back the magic that was stolen from him and secure his position for a good thousand years. Becoming Akai’s new guardian after getting rid of the current one is the best way to it. But that means getting Ela on his side. He’ll bargain and maneuver his way there if he has to, but ends up tormented by the desire to have her for real.
In a game of deals, half-truths and irresistible cravings, does one heart have to break in order for the other to save the world?

Excerpt
From Chapter 1 (Ela's POV)
Sometimes I hated my life. But I was rarely surprised as I was when the figure of a strikingly handsome man materialized behind me. I watched him as he grinned crookedly and leaned against the wall behind. His piercing white eyes focused on mine in the mirror and my stomach tightened in a knot.
“Hello, Oracle of Akai.”
“Obitus,” I whispered.
What I didn’t add was the rest of his honorable titles: the destroyer, the one who was going to ruin me before bringing the end of my world. Though he was about to make a deal with the weres for Kann to stay with Karla in peace, so he was capable of some good too.
His human form was tall with wide shoulders, it made a striking pose. He was wearing a navy suit that really, really brought out the white in his eyes. They were the only outward sign of his dragon nature, those white eyes that meant he was a powerful being, one of the most powerful in the Otherworlds. One of those who’d gone extinct, pretty much, until Karla decided to use his help to save her life. I couldn’t blame her, but I didn’t like Mr. Dragon breathing down my neck, not at all. Especially since he was the sexiest man I’d ever seen, and that included models for the covers of my novels–which was saying something. I looked away from his reflection and tried to get my pulse under control.
He flashed beside me and I flinched.
“It’s a real pleasure to see you,” he muttered darkly in that chorus effect voice of his.
Shivers traveled up and down my spine, but I glared at his reflection in the mirror. “I can’t say the same.”
He tsked. “Sorry to hear that. But I promise you’ll change your mind.”
I smiled coldly and walked out of the ladies room, avoiding eye contact with him. Thinking of what the full force of those eyes could do scared the crap out of me. He didn’t follow, thank the gods. I reached the hall and my knees almost gave out. Leaning against the wall for a minute, I tried to get my pulse under control. He couldn’t change my mind, or we’d all be lost. No matter how tempting he was, I couldn’t allow myself to get caught in his snare. 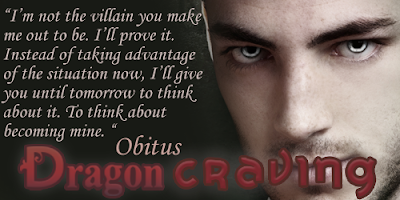 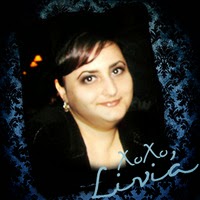 Livia Olteano is a loud and proud coffee addict, lover of all things beautiful and incurable romantic.
She believes stories are the best kind of magic there is. And life would be horrible without magic. Her hobbies include losing herself in the minds and souls of characters, giving up countless nights of sleep to get to know said characters, and trying to introduce them to the world. Sometimes they appreciate her efforts. The process would probably go quicker if they'd bring her a cup of coffee now and then when stopping by. Characters--what can you do, right?
Stop by www.liviaolteano.com or the blog, http://blog.liviaolteano.com, for the latest news and rants of glory.