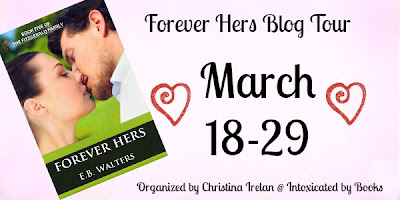 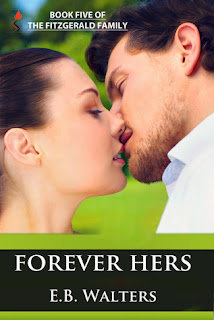 She wants her past hidden...
Amy Kincaid is running from her controlling ex-husband, who will stop at nothing to find her. With a new identity and a new job as a housekeeper, she just wants to be left alone to raise her daughter. Then Eddie Fitzgerald rolls into town and turns her world upside down.
He’s in the business of exposing the truth...
Eddie Fitzgerald, L.A.P.D.'s finest, lives for his job and nothing else, until he decides to take a break at the family summer home and is held at gunpoint by the most annoying, sassiest woman to ever cross his path. But something is off about Amy, and the more he learns about her, the more he’s convinced she’s a fugitive.
When her past catches up to her, Amy has no choice but to trust Eddie. Unfortunately, Eddie has demons of his own, and struggles with the decision to protect her or uphold the law.
The truth takes them down a deadly path, and only love can save them.

5 SASSY BOOKS
﻿
My Review:
Being a HUGE fan of Ednah's work I was so excited to recieve an email about this tour, I hadn't yet read Forever Hers but it had been waiting patiently for me to start.
We meet Amy, a sweet, kind hearted woman whose on the run with her 5yr old daughter from her creepy ex-husband. She finds herself as a housekeeper/housesitter for the Fitzgerald family.
One night theres a noise at the door and Amy being on guard finds herself face to face with a certain sexy Eddie Fitzpatrick. The chemistry between these two characters is smouldering HOT! You could cook yourself bacon and eggs from the heat lol. ;-)
Ednah's writing is just amazing, the way she can weave a story together is pure magic! From the very beginning I was enthralled. Being a mother myself I could really feel the fear, anger and hurt Amy felt. I swear at one point I went into "mother protection mode" lol. No woman should ever have to go through anything like that and it's so sad that in this world today, so many do.
Now, Eddie Fitzgerald.....*sigh* he's the sweetest man ever! He's the type of man that hides his feelings behind a wall, break it down and you have the most wonderful, thoughtful, caring man. Eddie not only makes protecting Amy and her daughter his number one priority but he also shows Amy all the love and romance she deserves.
Eddie's sister I just loved to pieces, she's most definitely someone I'd love to hang out with (just sayin') ;-)
All the characters bring something awesome to the story (yes, even the bad ones).
This series is one you all need in your hot little hands. Each one has it's own individual awesomness and they're just waiting to be devoured.
Ednah, my darling lady you blow my mind with every book you write, Forever Hers has been no exception, me and every other girl out there who has had the absolute pleasure of reading this book has now got a HUGE crush on a certain Eddie Fitzgerald. ♥ You keep those books coming girl cause I (we) need more! ;-) lol ♥
ADD ON GOODREADS
Buy Links:
Amazon Kindle - Amazon Print
Join Ednah’s Facebook Fan Page
E.B Walters
Ednah is the author of The Guardian Legacy series, a YA fantasy series about children of the fallen angels, who fight demons and protect mankind. AWAKENED, the prequel was released in September 2010 with rave reviews. BETRAYED, book one in the series was released by her new publisher Spencer Hill Press in June 2012 and HUNTED, the third installment, will be released April 2013. She’s working on the next book in the series, FORGOTTEN.

Ednah also writes New Adult paranormal romance. RUNES is the first book in her new series. She is presently working on book 2, IMMORTALS.

Under the pseudonym E. B. Walters, Ednah writes contemporary romance. SLOW BURN, the first contemporary romance with suspense, was released in April 2011. It is the first book in the Fitzgerald family series. Since then she has published four more books in this series. She's presently working on book six.
You can visit her online www.ednahwalters.com or www.ebwalters.com,. S
he’s also on Facebook, twitter, ya-twitter, Google-
plus, and RomanceBlog, YAblog.
GIVEAWAY!