Hey all, we're the next stop on The Promise Blog Tour. Thanks to Nevermore PR for hosting the tour.
The Promise
by Kim Carmichael
Release date: 24th February 2013
Published by: Hot Ink Press Demon Dolan Ciar exists on three simple words: desire, denial, and destruction. Every four years, he is allowed one night of earthly passion to punish a deserving female. By the time he is finished, his victims are left as willing receptacles for demons yet to come.
Since she was four, a demon has been the only constant in Leora Desmond's life. He saved her life, and then guided her, teaching her how to seize control, to never give up, and to take whatever she wanted. At twenty-four, her self-centered existence is focused on one thing. She wants Dolan, and she won't be dissuaded.
A mistake brought Dolan to Leora. A promise bound him to her. Returning once again to ask for his freedom, he is faced with Leora demanding to be his next conquest. The ultimate retribution would be to take from her the ultimate symbol of her selfishness.
Now, Dolan must decide if he can doom her to life in living hell or face his own set of unearthly consequences, while Leora must choose between her pleasure and her heart.
The Promise blurs the line between good and evil, desire and love, and promises and commitment.
ADD ON GOODREADS
BUY LINK
AMAZON 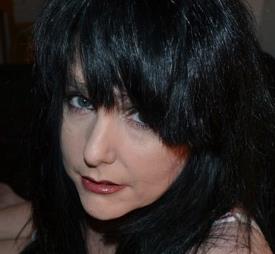 Bio
Kim Carmichael began writing eight years ago when her need for graphic sex scenes and love of happy endings inspired her to create her own. She has a weakness for bad boys and techno geeks, and married her own computer whiz after he proved he could keep her all her gadgets running. When not writing, she can usually be found slathered in sunscreen trolling Los Angeles and helping top doctors build their practices.


**********
We have a treat for you, an excerpt from The Promise...
Excerpt
He tilted his head. "You look older."
She forced herself to blink and to remember her goal. "Then I assume I am at last old enough to be a fit for a demon." She stepped forward, stopping less than a foot away from him. The back of her throat dried out, and she swallowed.
He put his hand to his chin, his gaze taking her in. "This old song and dance. When will you use the brains you have and leave it alone?"
His words hit her, but rather than retreating, she moved closer. The energy, the tingle, the wafts of spice encompassed her and lured her toward him. "Never."
"You were smart last time. Why don't you release me so I can do what I came here for." He glanced down at her and then shifted his focus beyond her. "I have needs as well."
"Tonight I am the one you came here for." The mention of his last visit stung, but she willed herself to keep going. She ran her fingers up the buttons of his shirt. "You always told me to take control."
He shook his head. "A lesson you learned well."
She reached up and clenched his collar in her fist. "I let you go last time, but tonight I am the one you need."
He grabbed her wrist. "I spared you before. Never forget that."
She stared right into his eyes. No weakness was allowed tonight. "It's me, Dolan. Me, or you can be celibate until the decade I do you the favor of dying. I don't care about your pain." She tensed, preparing herself for his retaliation.
"I thought I taught you better than to make demands of a demon." He pressed his palm to the side of her face.
Heat radiated through her body, sending a warning to every one of her nerve endings. "A demon who comforts a child is a failure of a demon in my book."
His jaw tightened. "That was a mistake. An oversight." 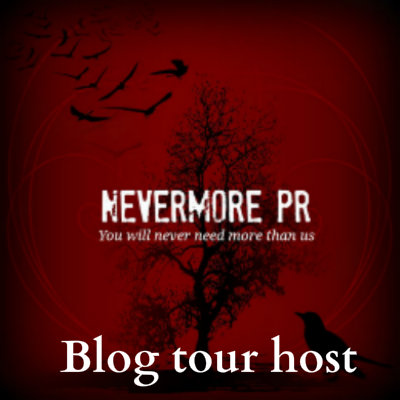