Frayka must find and convince the dragon gods of the Far East to appease the gods of her Northland heritage. If she fails, her own Northlander gods will destroy all the mortals who once promised to worship them.
The Far East is a mysterious place of legend to Northlanders like Frayka. Only an old map can show her how to get there. Once she arrives, all of Frayka’s sensibilities put her in danger. And every dangerous turn delays her from finding the dragon gods whose help she so desperately needs.
Although Frayka looks like a Far Easterner, she is a powerful Northlander warrior who is quick to voice her thoughts. She is trained to fight and won’t hesitate to do so.
But everything about Frayka puts her in deadly peril in the Far East, where the laws are strict and the punishment cruel.
Especially when the one being punished is a woman. 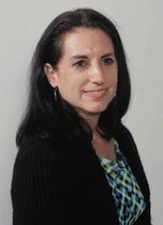 Author Bio:
Resa Nelson is the author of the 4-book Dragonslayer series: The Dragonslayer’s Sword (nominated for the Nebula Award, finalist for the EPPIE Award), The Iron Maiden , The Stone of Darkness , and The Dragon's Egg . Her 4-book Dragonfly series takes place after the Dragonslayer series.
Her standalone novels include the mystery/thrillers All Of Us Were Sophie and Our Lady of the Absolute .
Resa has been selling short stories professionally since 1988. She is a longtime member of SFWA (Science Fiction and Fantasy Writers of America), and she is a graduate of the Clarion SF Workshop. Resa was the TV/Movie Columnist for Realms of Fantasy magazine for 13 years as well as a regular contributor to SCI FI magazine. She has sold over 200 articles to magazines in the United States and the United Kingdom.