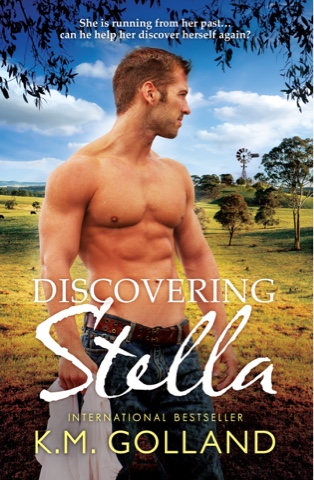 Only those who are lost can be found.

Stella Walker is fleeing from a past which haunts her on a daily basis, and from a city full of painful reminders of a life that’s no longer hers. In an attempt to escape her memories, she plans to reinvent herself in the sanctuary of a tiny town in rural Victoria, by tracking down the one person she hopes can help, her stepbrother. What Stella doesn’t anticipate is meeting his best friend Lawson Drake, a hotter-than-hot mechanic, the local knight in shining armour – and the most gorgeously infuriating man Stella has ever seen.
When Lawson comes across a broken-down car by the side of the road, he is intrigued by its owner — a caramel-eyed brunette who clearly has a score to settle, not only with her defective vehicle, but with anyone who tries to get too close. The thing is, something about her makes Lawson want to get as close as he can possibly get.
Can Lawson help Stella to fix her broken heart, and discover herself again?

“I'm an author. I am married. I am a mother of two adorable little people. I'm a bookworm, craftworm, movieworm, and sportsworm. I'm also a self confessed shop-aholic, tea-aholic, car-aholic, and choc-aholic.” Born and raised in Melbourne, Australia, K.M. Golland studied law and worked as a conveyancer before putting her career on hold to raise her children. She then traded her legal work for her love of writing and found her dream career.