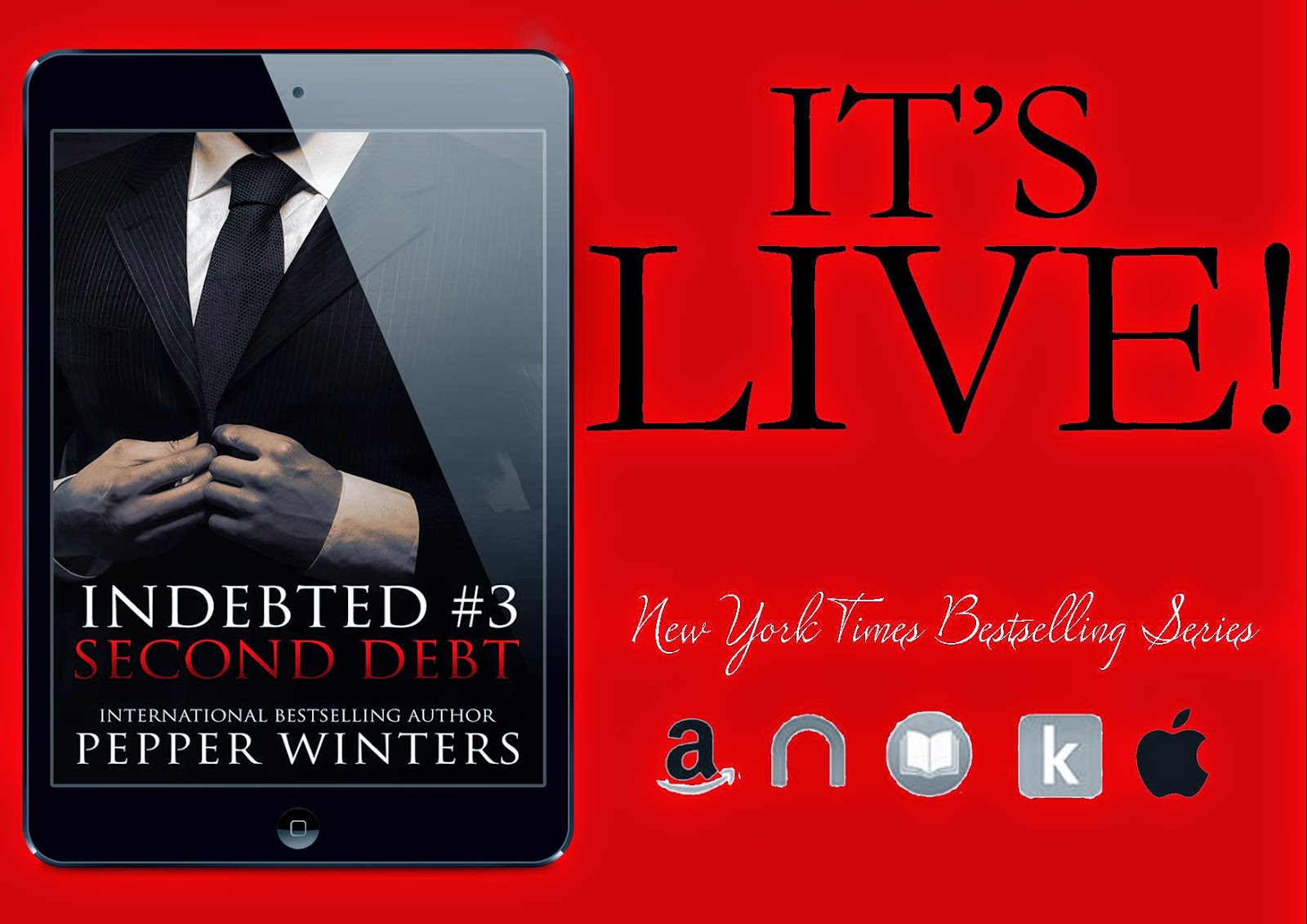 The third book in the New York Times bestselling series is LIVE. Second Debt (Indebted #3) is ready to be read on any platform you desire.


Vote for this to be a Movie


If you haven’t started the series yet, here are the buylinks for each book in the series. Each book is full length with a cliff-hanger.

Second Debt is now available on all platforms, including paperback. Signed paperbacks will be available too via this link:

(Delivery will be a few weeks as I’m awaiting the shipment to my address and then will forward on to you, so please be patient)

This book is currently available on pre-order thanks to Grand Central who are publishing this title. Currently it’s priced at $3.99 but being a traditionally published book that price may go up and I advise pre-ordering to ensure that price. It will also be released in bookshops and on shelves around the world on the 28th July.

Secret Book to be revealed

I also have many other exciting things for February and March so keep an eye out for those.

If anyone would like a t-shirt, tank, or hoodie branded with the Indebted Series there is a limited edition campaign running and can be found at: