Cover Reveal & Giveaway - The Cat's Pajamas by Soraya May 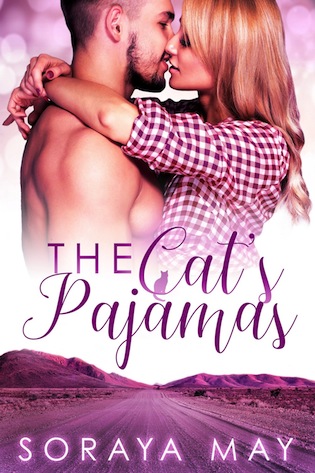 
Everyone has somewhere they belong…
Cat Milsom ran from her life in the USA – from a career as a hospital doctor, and from an engagement just to please her family. When she stopped running, she found herself on the other side of the world in a little town called Cable Bay, New Zealand. Now she runs a bar, and tells herself that living up to people’s expectations is overrated.
Archaeologist Ryan Sanders has never settled anywhere. Travelling the world, he thinks that settling down is for little people who can’t see beyond their own front door. When he’s sent to investigate a report of fossils discovered in Nelson, he thinks it’ll be simple; done in a few days, and then on to the next job.
Problem is, the fossils are directly underneath Cat’s bar, and she’s not about to see it demolished without a fight.
Sometimes it takes digging up the past to open your eyes to the future.

Soraya May writes contemporary romance with silly jokes, sweet (but strong) heroines, and likeable (but sometimes infuriating) heroes. She grew up on a remote New Zealand sheep farm with only books and animals for company, and she’s been using her imagination and making her own fun ever since.