Book Blitz & Giveaway - Red and her Wolfe by Blythe Reid 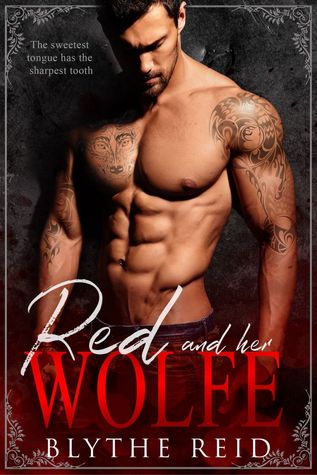 
They call me The Wolfe.
I hunt women the way a wolf hunts lambs.
And I just found my latest prey. She’s a long way from home. We meet on the plane. And there’s nothing as vulnerable as a girl who’s homesick after her first trip abroad.
The girls I’m used to want my money and my looks.
This girl is too innocent for either of those things.
She wants me because of the way we lock eyes. The way we instantly hit it off. The way we seem to have been made for each other.
And I want her because I’m The Wolfe.
I hunt innocent young women like her.
It’s what I do.
#Hot #Sexy #Alpha

My feet were curled beneath me as I leaned back against my pillows. I opened my book to the marked page and smiled to myself. With my schoolwork and chores, I couldn’t read as much as I wished. It had been almost two weeks since I last opened Flames of Sorrow.
No one understood my love for romance novels, but I was obsessed. They were my one escape, my way of stepping away from reality. When I read, I believed in soul mates and passionate love. I could experience exciting things through the characters in these books.
Flames of Sorrow was about a couple who were doomed to spend eternity apart. They were both immortal and therefore, destined to live forever. The only negative was that they could never be together. If they so much as looked at each other, they each began to develop a horrible illness.
Still, they managed to spend one day together every five years. If they kept their time together limited, they wouldn’t get sick. One day was never enough, but it was all they had. They were willing to risk everything simply to be together. I’d read Flames of Sorrow many times before, but I always came back to it. To me, it embodied the definition of true love. They loved each other with a passion I’d never known. Plus, the sex scenes were amazing.
I found myself hiding in my room late at night, reading the scenes to myself, imagining what it would feel like to act them out with a man. I knew it was just a fantasy, something I could only dream about enjoying one day. Still, it was my fantasy, and it got me through my mundane life.
As I read, I lost myself in the pages. I became Annabella, faithfully waiting for Diego to find his way back to me. I was her and she was me. In those moments, I became one with my book, and I loved every single second of it. Until my mother entered my room without knocking and pulled me back to reality with a painful thump. I jumped, shutting the book quickly and looking at her attentively. My nerves were immediately on edge. My mother didn’t approve of my extracurricular activities, and she made her opinions known every chance she got. “Scarlet,” Mom said, shaking her head. “Why on Earth are you wasting your time with this nonsense?”
“I like it,” I said with a shrug. Her disapproval bothered me, but I tucked the book under my pillow all the same. If it was out of sight, she would forget about it quickly.
Claire Timms was not your typical mother. She was more protective than anyone else in the world. Having been homeschooled most of my life, I was ecstatic to start college, but my mother made sure I didn’t leave home. Instead, I attended the local college and took classes there.
I tried to persuade my mom to let me move into a dorm room, but she refused. She said it was too dangerous, that I would be exposed to horrible things. I didn’t know enough to argue with her, but deep down, I thought she was wrong. I saw the fun college students had, and I was desperate to partake. “You’ve read it a thousand times,” Mom said, rolling her eyes.
“Not that many,” I said. “Besides, I’ve been so busy lately, I haven’t had time to read anything. Now that school’s over, I can finally enjoy myself again.” “You can,” she admitted with a nod. “Bu, you need to pick better ways to spend your time. Those novels just fill your head with all kinds of fantasies, Scarlet. They aren’t real. Men like that, they just don’t exist.” “Maybe they do,” I said softly. “Somewhere.” 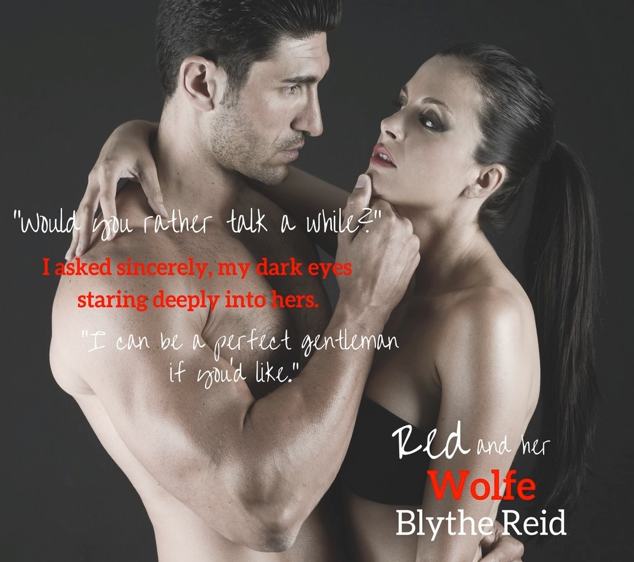